"They never really wanted to talk about what's happening with the magazine." 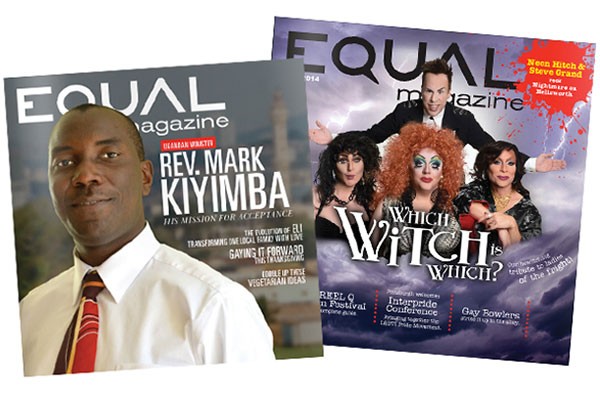 When the staff of Equal magazine put the final touches on its November issue, only one person expected it to be their last.

The publication's editor, Joe King, had announced he'd be leaving the magazine, the city's only LGBT-oriented publication, and wrote a resignation letter slated to appear in that issue.

"I just assumed they were moving forward without me," he says. When he started hearing that businesses were not receiving their usual stacks of the magazine, that was the first hint King got that the publication was ending its monthly print distribution. "I'm sort of surprised I wasn't given that information."

But King wasn't the only one left in the dark. Several contributors, contacted for this story, said they have yet to be informed of the publication's fate. There were no press releases or fanfare. And now, for the first time in decades, Pittsburgh is without a regularly released publication specifically geared toward an LGBT audience.

Gary Van Horn, president of the board of the Delta Foundation, the organization that publishes Equal magazine, says the publication wasn't financially viable — and that the board is considering ways of "reformulating" it, perhaps launching a digital version. (The publication never had a dedicated website.)

"The amount of revenue coming in versus expenses just isn't there," Van Horn says. "Print media is a tough thing to pay for, and we were mailing out a large number of magazines each month."

But those directly involved with the magazine say the problems were much larger than a difficult print-oriented business model. Several writers said there were serious issues with management and that they were regularly not paid for their work; one writer threatened legal action over late payments. And concerns about the magazine's financials reached certain members of Delta Foundation's board, some of whom have since resigned.

Equal started in its monthly format in November 2012, just as two other LGBT publications — Pittsburgh's Out and Cue magazines — were going out of business.

"With Pittsburgh's gay newspaper no longer in publication, there was a need," says Jonathan Fobear, Equal's art director. "When Gary approached me that he wanted to start Equal, he told me that he wanted a monthly magazine to tout all the things Delta Foundation was doing and be a Pittsburgh gay-community guide."

The magazine, which started several years ago as a publication that came out during Delta's pride festivities, covered everything from sex to politics — and often included glossy multi-page photo features of gay events around town. (The magazine is still scheduled to publish for this year's pride festival.)

"The Equal team was amazing to work with," Fobear adds. "If we could touch a nerve and spark some discussion in the community, those were my favorite pieces. ... I wish that had happened a little more often."