The Spring Standards had a campfire singalong at Small's this year

My Five Favorite Opening Acts of 2014

4. Nevada Color (opened for Youngblood Hawke, The Club at Stage AE, Aug. 10). The much-buzzed about local indie outfit kept the energy high between the brassy Caught a Ghost and electropop darlings Youngblood Hawke. Jeremy Westhead's skillful drumming often chases quick guitar riffs on the album Adventures, which dropped in May.

3. Son Lux (opened for San Fermin at The Andy Warhol Museum, Feb. 18). The packed house was utterly, astonishingly silent for Son Lux and his drummer, Ian Chang, who also lends his talents to Brooklyn rockers Landlady. The two bring heavy, reverberating beats that fall somewhere between rock and the music you'd hear at a Shadyside spa.

2. The Apache Relay (opened for Jenny Lewis, Mr. Small's Theatre, July 27). Pittsburgh loved this band so much that we sold out its subsequent headlining show at Club Café in November. The ensemble seems to encapsulate Nashville old and new, obvious Americana influences blending with the melodrama of current indie pop.

1. Operators (opened for Future Islands at Mr. Small's, Aug. 8). Operators burst on the scene in August, playing two sets at Pickathon and a live session on KEXP before releasing an EP and heading out on tour with Future Islands — all in the same week. Wolf Parade's Dan Boeckner builds a neo-punk sound that lands somewhere between house music and the second coming of Robert Smith.

Large bands that made it work on a small stage 2014

Most performances at Club Café

Performers who seemed way too small when they walked onstage 2014

Green Velvet at Thrival, Sept. 13. Many of the older crowd members chose this time to really get down... and it was pretty bright outside.

Grizfolk at CMU, Sept. 28. There were only about 20 people in attendance; it was hard not to think about the large, awkward space we didn't fill.

Icona Pop and Mac Miller at CMU Carnival, April 11. Too many people in the poorly thought-out space: Couldn't see the stage, just a lot of underagers. 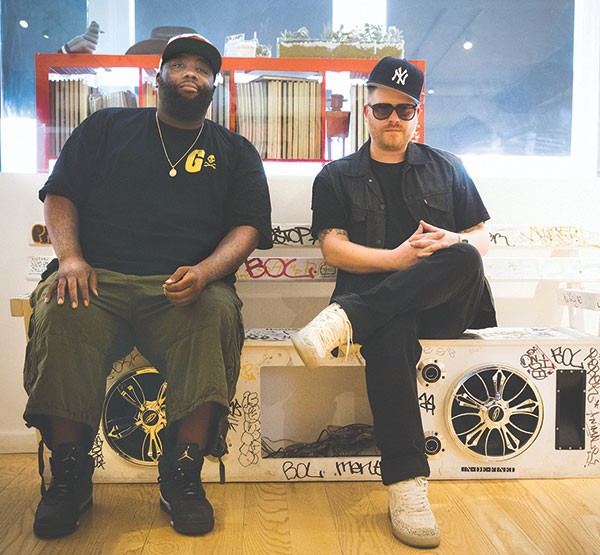 Like 2011's Burst Apart, Familiars is spacey, melancholic, and complements morning coffee better than anything else released this year.

Costello's melodies are hard to top and the instrumentation of Matthew Florillo and Nicholas Charters complement them, making Rattling Arcade a well-built and well-rounded album.

Production credits include Team Green, Adotthegod, Ric & Thadeus, Nash B, Andrew Lloyd & Karbon, and Christo. The production on Pixburgh is interesting enough to listen to on its own, but Miles impresses by allowing himself to be vulnerable while remaining confident, and refreshingly avoids the played-out hater motif.

Killer Mike and El-P did it again. What a record.

1. Spoon: They Want My Soul

Spoon adds yet another dynamic album in 2014. At times danceable, at others introspective, and the production work (the band itself at the helm) is near perfect.

"I remember when you walked out of Garden State because you had taste, you had taste. You had no time to waste." — Spoon, "Outlier," They Want My Soul

"Dreams are reality's peace / blow steam in the face of the beast." — Kendrick Lamar, "I," single

"I live between your fantasy and reality / If you'd only let me go I could have my own dreams."  Mouth's Cradle, "Innocence," Sakura

Real young dudes who sound like Pissed Jeans via the Birthday Party. My faith in humanity is renewed.

Fuzzed-out, catchy garage-rock. Good for simultaneously bolstering and alleviating all those self-deprecating and neurotic tendencies.

Laura Lee Burkhardt's mostly solo folk-punk project is heavy on the heartache. (Excuse me, I have something in my eye.)

This is an admittedly late addition to my regular rotation, which is too bad, because this hateful blackened noise would have made a great soundtrack to 2014, a year of bad moods.

Not technically local (they live in D.C. now) but this elegantly melodic three-piece was formed in Pittsburgh, and that has to count for something. The band put up a couple new songs back in October, which re-sent me down the rabbit hole of its catalogue.

— Margaret Welsh, who reminds you to pay for music you listen to via Bandcamp!

My Five Favorite Romance-Related Lyrics from 2014

"It's true that I lost a year, wandering from room to room / Hoping to wake up somehow next to you" — Marissa Nadler, "Was It a Dream"

"I washed your dishes but I shit in your bathroom" — Sharon Van Etten, "Every Time the Sun Comes Up"

"Took 45 minutes to get all dressed up / We ain't even gonna make it to this club" — Beyonce, "Partition"

"My boyfriend's pretty cool, but he's not as cool as me" — Lana Del Ray, "Brooklyn Baby"

Two Particularly Elegant Uses of Saxophones in Rock Music in 2014

The War on Drugs, "Red Eye," from Lost in the Dream

Saxes exist on this track solely to appear and disappear, crescendo and decrescendo, the end effect being the sound of a distant foghorn from a ship that's bobbing on choppy seas.

Sharon Van Etten, "Tarifa," from Are We There

Sparingly interjected sax flourishes make the song in this case. Bonus points: Elsewhere on the same album, a bass clarinet(!) underpins what might be the record's best, "Nothing Will Change." 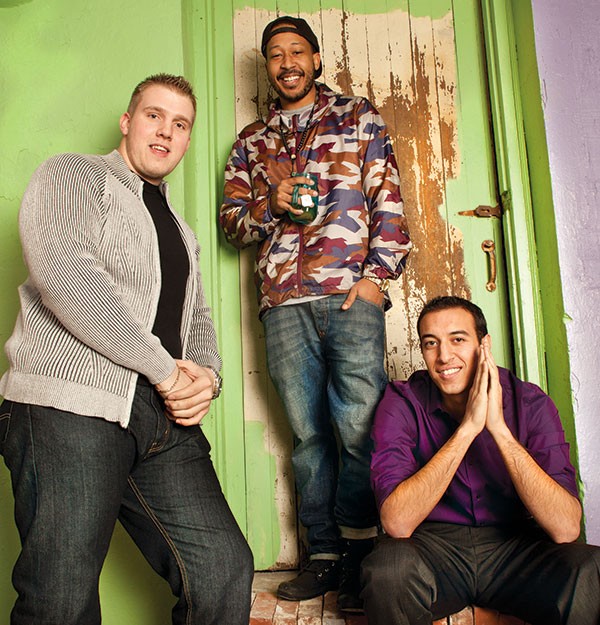 Photo by Heather Mull
R.A.R.E. Nation teamed up with 1Hood to produce talks and concerts this year.

The Nox Boys: The breakout of the mostly-teen garage-rock band is one of the best indicators in favor of good health for our rock scene in the next decade or so.

Wild Kindness Records: Jeff Betten's takeover of the indie label and subsequent signing of a number of locals gives a certain brand of indie folk and rock a comfortable home base from which to develop.

Pittsburgh Hip-Hop Collaborative: R.A.R.E. Nation and 1Hood got together in 2014 to produce a series of discussions and concerts that helped to unify and organize the local hip-hop scene.

Garfield Artworks closing: We're told there's another venue on the way to take its place, but for now, the loss of a cutting-edge all-ages venue surely smarts.

720 Music, Clothing and Café closing: It hasn't happened yet, but it was announced that 720 will be done in January. A record shop, café and music space, its presence will be missed.

AVA Lounge closing again: It reopened for a hot minute and hosted a few shows, but the former Shadow Lounge partner business went under permanently this fall.