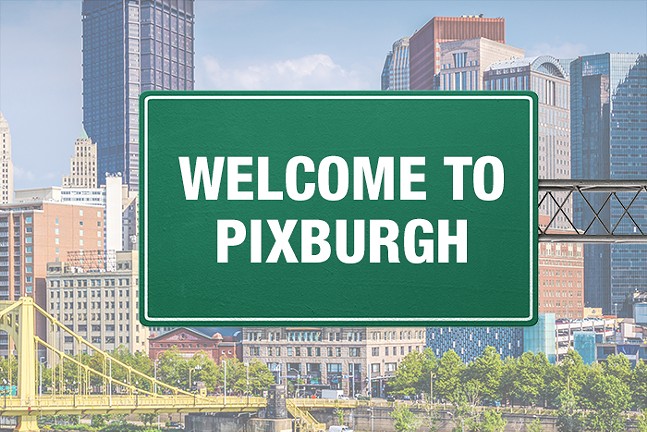 You have probably noticed the T-shirts emblazoned with the word “yinz” being sold all over the city. Yes, it’s the Pittsburgh way to say “you all.” But please don’t start saying it. Please don’t say "yinz."

Pittsburghers are sometimes called Yinzers, and the word is unique to the region. But that doesn’t mean everyone says it all the time, and it’s not used like “y’all” is used in the South. Don’t walk into a bar, pull up a chair next to a stranger and say “What do yinz like to drink here?” No one actually talks like that; you will just join a bunch of other annoying newcomers who are trying too hard to fit in.

Pittsburghese is a bit more complicated than just replacing commonly understood words with region-specific words. Yes, some yinzers call vacuums "sweepers" and shopping carts "buggies." But there is a thick accent, a lot of mumbling, and just a general attitude that takes some time to embody.

For one, yinz usually leads off a sentence, as in “Yinz going out tonight?” There’s also an inflection where most sentences are spoken as if questions. Pittsburghers also talk fast and mumble, so sometimes it is difficult to even recognize Pittsburgh slang.

The accent is a thing to behold. Words like “iron” aren’t pronounced “eye-urn” but instead like “arn.” The word “washed” is usually pronounced “worshd.” The word “steel” is pronounced like the word "still," and sometimes Pittsburgh actually sounds like "Pixburgh." The accent is too difficult to teach in one article, but here is a list of Pittsburghese words to use, broken down by when you should be comfortable saying them.

New to Pittsburgh (2 years or less)

An oft-used extender to just about any sentence. “We were watching the Pirates and drinking beer, n’at.” Of course, like yinz, "and that" isn't even a particularly common phrase in standard English, but generally n'at is a more or less meaningless casual phrase to tag on to the end of a sentence, like "and whatnot." You also might see it as a bumper sticker, spelled "n@."

Simple and used all the time in winter. “Careful: The sidewalk is slippy.”

Used for just about any flowing body of water smaller than a river. “Just have the kids go play near the crik.”

The best yinzer word that everyone can use without judgment. “Quit being a jagoff and let the car merge into the lane.”

Used to describe your most gossip-loving coworker, primarily used when referring to personal, yet trivial details. “Stop being so nebby about my date last night.”

As simple as that but said more authentically with a slight accent. “Go aht [more on that later] an' grab me a buggy.”

Also, the verb "sweep" is used when vacuuming, which is a bit confusing when saying “I emptied out the sweeper and swept the carpet.”

Probably the preferred way to order bologna at the deli counter. “I’ll take one pound of jumbo, thinly sliced.”

Also called soda, "pop" is mostly used at old-school places where chipped ham is probably also on the menu.

Redd up = clean, tidy up

Used by old, yinzer parents when they want you to clean your room. “Your grandparents are coming over so go upstairs and redd up your room.”

A dying word that is rarely heard anymore. “There are extra gumbands in the top drawer.”

Only used naturally by the most seasoned yinzers, and never really emphasized as a major part of any sentence. Use wisely.

Dippy = appropriate level for dipping into

Mostly used when ordering eggs over easy. “I’ll take an order of dippy eggs with some toast.”

Jeet jet = Did you eat yet?

Best said with such a thick accent that most people can’t understand you.