Pittsburghers of Year: The Islamic Center of Pittsburgh

As a group that deals with frequent antagonism, they consistently find a way to rise above it and focus on helping others in need.

As Pittsburghers reeled from the shooting at the Tree of Life synagogue in late October, a message of unity from a local community leader went viral.

Wasi Mohamed, executive director of the Islamic Center of Pittsburgh, gave a speech announcing that Pittsburgh’s Muslim community had raised $70,000 in just two days for Tree of Life victims. The story was picked up by national news. A tweet of that speech was shared more than 60,000 times on Twitter. Eventually, Pittsburgh’s Muslim community was joined by other Muslim groups and more than $238,000 was raised.

Mohamed said his community was inspired to help by lessons found in the Koran.

“It is because of these prophetic traditions that we decided to do something for our Jewish brothers and sisters,” said Mohamed in his speech. “This is sincere, we are not going to stop. We don’t think our work is finished. We just want to know what you need. If it is more money, just let us know. If it's people outside your next service, protecting you, let us know [and] we will be there.”

Mohamed is executive director of the Islamic Center of Pittsburgh. He, along with his small staff and the center’s board, embody the unifying message that was circulated throughout Pittsburgh following the Tree of Life shooting. But their generosity goes beyond the help provided after that tragedy. 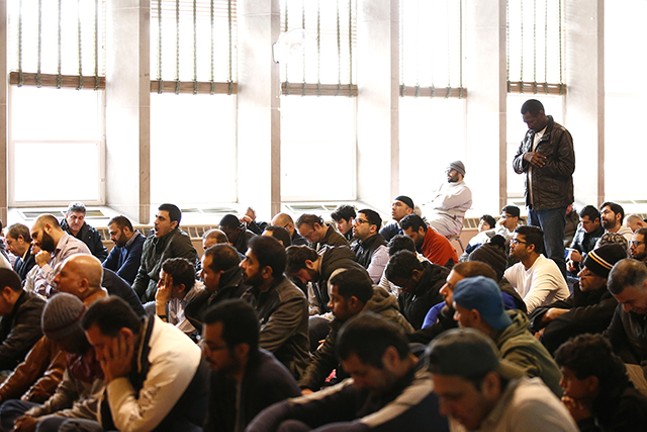 The Islamic Center has consistently been there for communities in times of need. They marched with protesters following the shooting of Antwon Rose Jr. They have advocated for humane treatment of immigrants in Pittsburgh. They back legislation that gives rights to LGBTQ people and restricts access to guns.

This is why Pittsburgh City Paper has chosen the people of the Islamic Center as one of our Pittsburghers of the Year. As a group that deals with frequent antagonism, they consistently find a way to rise above it and focus on helping others in need.

“The Islamic Center of Pittsburgh has modeled love for fellow human beings,” says Myers. “After all, Muslims and Jews share the same father. This boundless love is a shining example for the entire world, and I am privileged to count the center’s members as my friends. May they continue to inspire us all.”

Mohamed says that adherence to religion is at the heart of what drives the center’s call to help others, especially communities seeking equality. “First and foremost, it is within our religious tradition to fight for justice,” says Mohamed. “To do this work, it is living the faith.”

Those Muslim teachings have brought the Islamic Center in close contact with several groups in Pittsburgh, like 1Hood social-justice activists, Moms Demand Action gun reformists, and All for All immigrant advocates.

Betty Cruz of All for All counts Mohamed and the Islamic Center as a trusted partner. “ICP represents the very hope and potential we can each unleash when we thoughtfully open up our doors, engage our neighbors, and come together in community,” says Cruz. “[They are] working towards a better Pittsburgh.”

“We have created solidarity from this tragedy. A movement of solidarity and we are not letting it die off.”

The Islamic Center doesn’t just talk about embracing diversity, it's actually reflected in its members. Mohamed is Indian-American, and other staff members come from other backgrounds like Somali-American Koshin Yusuf and Pakistani-American Mohamed Sajjad. Sajjad says prayer services at the center attract Muslims with roots from Turkey, Yemen, Morocco, and Syria, as well as Black and white Americans. Mohamed says the board is equally diverse.

But that diversity and solidarity has not shielded the center from animosity. Following the Tree of Life fundraising effort, right-wing website Townhall falsely accused the Islamic Center of having “terror ties” and for not donating all of the money raised to Tree of Life. 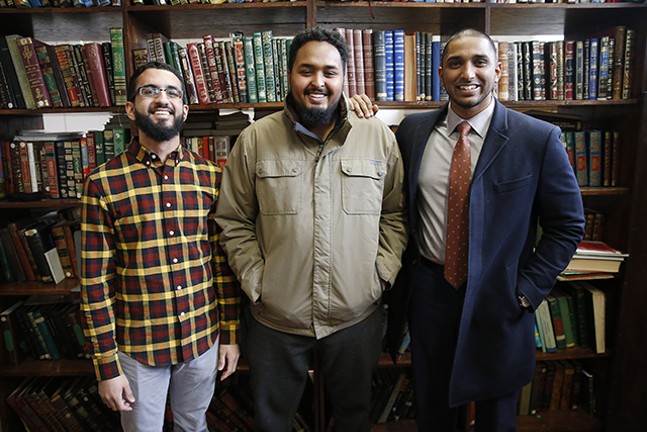 Wasi understands the uphill climb the Center has in spreading a positive message of Islam. He cites a 2018 Institute for Social Policy and Understanding study showing that when Muslims are discussed in the media, it is overwhelmingly by right-wing figures and politicians like President Donald Trump, and usually in a negative light. The study shows Muslims talking about Muslim issues only receive 3 percent of the overall Muslim-focused coverage.

“You can't expect 1 percent of the population who gets only 3 percent of air time to change the conversation,” says Mohamed.

Mohamed is hopeful things will improve for Muslims, immigrants, African Americans, and others in Pittsburgh because he can feel the momentum moving towards solidarity.

“We have created solidarity from this tragedy,” says Mohamed. “A movement of solidarity and we are not letting it die off. I think it is a special Pittsburgh thing.”