Pittsburghers of the Year: Leah Lizarondo and the 412 Food Rescue heroes 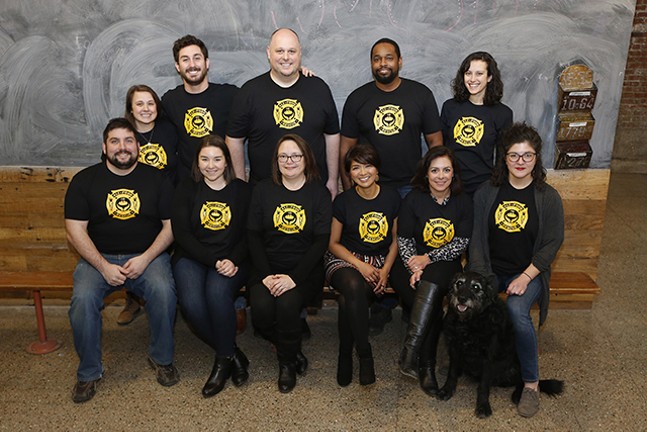 In 2015, 412 Food Rescue began its mission to save food from ending up in landfills. After three years and more than 4 million pounds of rescued food, the group’s co-founder and CEO, Leah Lizarondo, is looking to expand their efforts in the coming year.

“Our goal is to grow to 10 cities,” says Lizarondo, who originally created 412 Food Rescue with Gisele Fetterman.

So far, 412 Food Rescue, which relies on volunteers to pick up discarded or surplus food from places like restaurants and grocery stores and deliver it to nonprofits and agencies, has started to stake new territory outside of Allegheny County. In 2017, Lizarondo and her team, along with help from Farm Aid, Giant Eagle, and area housing authorities, launched 724 Food Rescue in the counties of Beaver, Butler, Fayette, Washington, and Westmoreland.

In a press release, Michael L. Washowich, executive director of the Westmoreland County Housing Authority, a 724 Food Rescue founding partner, stated, “Many of our residents, both families and elderly, know true hunger and do without adequate food for portions of each month. With 724 Food Rescue’s generous donors and volunteers, that can change; and we are grateful.”

To achieve the ultimate dream of hitting 20 cities by 2020, the organization developed Food Rescue Hero, an app that notifies volunteers when and where a food rescue pickup is available. The app launched in Philadelphia and Cleveland as the Hunger Network Food Rescue app. Lizarondo wants to bring it to San Francisco next.

Launched in November, Hunger Network Food Rescue will help the Hunger Network of Greater Cleveland address the disconnect between wasted food and food insecurity in Cuyahoga County, where the nonprofit says one in five people face hunger every day. 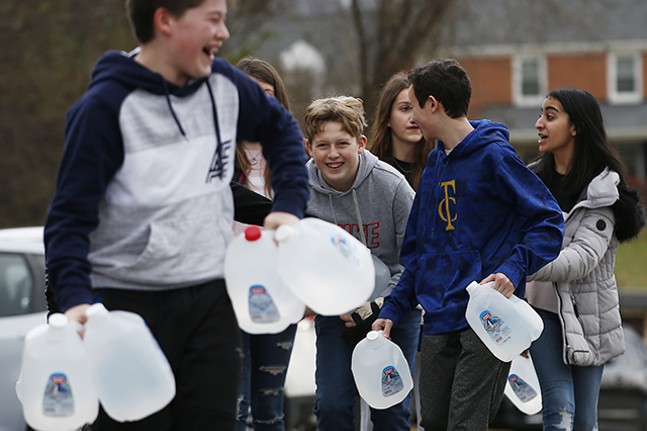 "Hunger Network has served the region for 40 years, providing nearly 4 million meals each year," stated Hunger Network CEO, Jennifer Scofield, in a press release. "Hunger Network Food Rescue offers an opportunity for everyone to take part in ending hunger. Through this, we can ensure that the good food we have feeds people, not landfills."

This year saw the organization’s most successful #GivingTuesday yet, with donations totaling over $10,000.

Lizarondo attributes the ease and flexibility of the food recovery program for its accelerated growth.

“I think everyone wants to do their part. … It’s just that, unfortunately, life happens and we often feel like we can’t find the time,” says Lizarondo. “[Food Rescue Hero] constantly reminds you that, ‘Hey, you can do this today.’ It could be 9 a.m., it could be 3 p.m., it could be the weekend—it’s not like one event where if you miss it, that’s pretty much it.”

She adds that the average food rescue takes no more than an hour and that volunteers get to see the immediate benefit of their actions.

“Because it’s so fulfilling, our Food Rescue Heroes, they post on social media, they take selfies, and so they are actually helping us grow our own network. All of these ingredients are the reasons why it has grown so much in such a short period of time.”

The organization has brought overdue attention to the problem of rampant food waste. Globally and domestically, the organization estimates that around 40 percent of all food produced is thrown out, an amount large enough to end world hunger four times over. Currently, 412 Food Rescue is the only organization in Southwestern Pa. focused solely on recovering food as a solution to hunger. 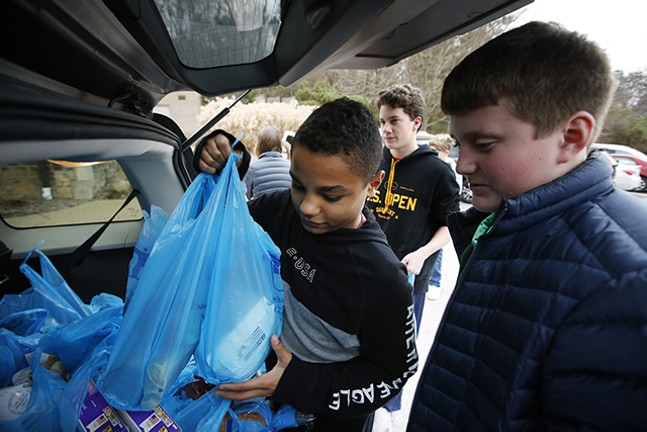 To further combat and raise awareness about food waste, the organization also developed a variety of creative programs over the years. They created Hidden Harvest, an urban agriculture project that collects surplus fruits and vegetables from public and privately-owned trees, orchards, farms and gardens, and UglyCSA, a subscription service that sells and distributes unusual looking produce rejected by stores. They also combined efforts with local breweries and distilleries to create beverages from rescued food, including Loaf, a line of beer made from rescued bread, as well as a liqueur and cider made from rescued fruits and berries.

They also work with local organizations to spread the benefits of reducing food waste. University of Pittsburgh students and Pitt Dining worked with 412 Food Rescue to recover and donate surplus food from campus dining halls, cafeterias, and concessions. Together, they donated more than 24,000 pounds of surplus food to local hunger-fighting agencies in the area, including the campus food pantry and the housing authority. Their efforts earned them a 2018 Food Recovery Challenge Regional Award from the EPA.

Along with support from their various partners, Lizarondo credits 412 Food Rescue’s team and volunteers for the organization’s success.

“I think we have a really special team that has worked really hard to make sure this crazy growth [would] happen,” says Lizarondo.