North Side bookstore is the place to find international, translated literature 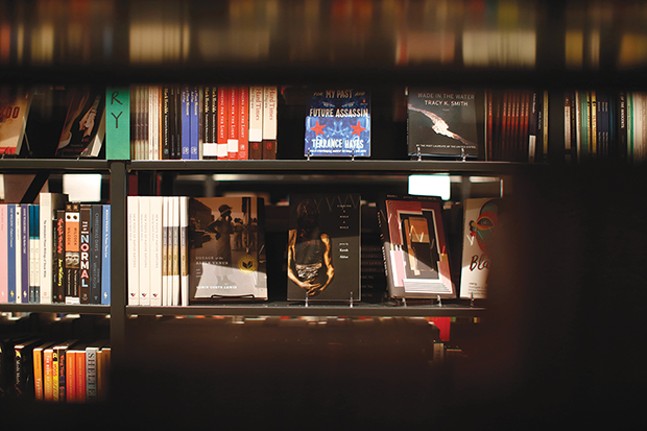 City of Asylum Books at Alphabet City doesn't stock best-selling titles. There are no popular mysteries, thrillers, or romance novels on its shelves. But if you're looking for a book or poetry collection by a writer from South America, Asia, Africa, or Europe, there's a good chance of finding it at this bookshop.

Despite its niche selections, this North Side store, which opened in January 2017, is doing well. “Obviously when you open a store that focuses on international and translated literature, you always wonder if people are going to respond to it,” store manager Lesley Rains says.” People have been over the moon and excited about what we're doing.”

Rains is former owner of Bloomfield’s East End Book Exchange (now White Whale Bookstore). She acknowledges the current political climate has “steered a lot of people towards us who are looking for a safe place to read the books they like.” The store's affiliation with City of Asylum, a non-profit organization that provides sanctuary to writers threatened because of their political beliefs, is also a draw.

The Accusation, penned under a pseudonym by a North Korean dissident, is a popular selection, as are books by Syrian authors. So are mass-market novels by Italian author Domenico Starnone and The Nakano Thrift Shop, by Japanese writer Hiromi Kawakami. “They're telling really good stories,” Rains says. “I think a lot of times people pigeonhole foreign authors as avant garde or really out there.” 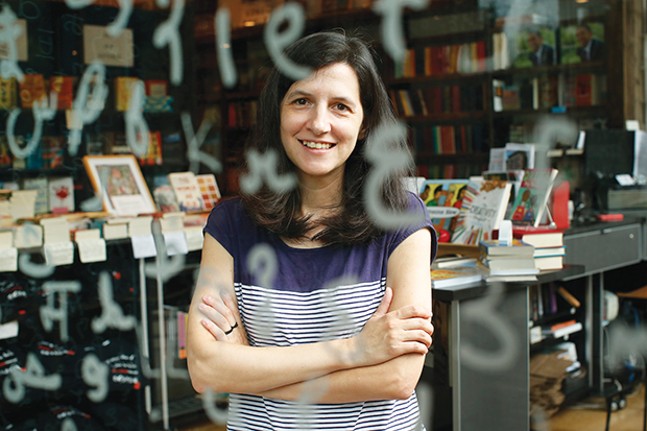 City of Asylum Books also benefits from being a multi-use space. In addition to readings, jazz concerts are frequently staged in the store's performance area. Being in the same building with Brugge on North, run by the owners of Point Brugge Cafe in Point Breeze and Park Bruges in Highland Park, also attracts patrons not familiar with the bookshop.

“We mutually benefit from each other,” Rains says of the restaurant that replaced Casellula in April 2018. “Brunch on Sundays brings families in, and that helps us out. People from our store will grab a book, go to the bar and read or grab a bite to eat. Anything that gets people in the door is helpful. Even if they don't buy a book, maybe they'll come back.”

The bookstore has experienced the usual ebbs and flows that accompany most new ventures. Rains admits that business during the week tends to be slower than on weekends. However, City of Asylum Books has become a destination for some readers. When U2 played Pittsburgh in June, 2017, Rains met a couple who came to Pittsburgh to attend the concert and go to the bookstore.

“We get a lot of visitors and tourists on weekends,” Rains says, “but we still want to be everyone's neighborhood bookstore. We're still working on getting the word out, frankly, telling people that we're here and that there's easy parking and easy access to transit.”

On September 8, City of Asylum Books will play host to a Freedom-to-Write Public Conversation featuring Turkish novelist and journalist Ashli Erdogan in conversation with Akhil Sharma, author of the PEN/Hemingway Award-winning novel, An Obedient Father. September is also Jazz Poetry month at the store, with various events scheduled throughout the month.
__

Lindsey Smith, author of Eat Your Feelings and Food Guilt No More, will talk about making simple meals that nourish the spirit at Riverstone Books (8850 Covenant Ave., McCandless). Her talk/signing begins at 2 p.m. on Sun., Aug. 19.