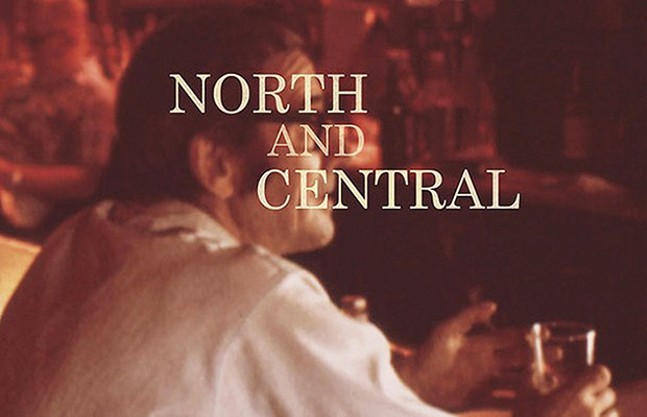 Dogbreath, Fatboy, Railroad Bob and The Skeletons are a few of the hardscrabble personalities that populate North and Central, the second novel by Pittsburgh writer Bob Hartley. It’s the story of a West Side Chicago neighborhood grappling with crime, white-flight and massive job losses in the tumultuous 1970s. At the center is the less colorfully named Andy, who inherited his parents’ bar and struggles to navigate corrupt cops, sympathetic criminals and unreliable employees.

City Paper spoke to Hartley last week about corruption, the definition of “a crime novel,” racism and classism. For the live version, check out Hartley’s appearance this week at Carnegie Library of Pittsburgh’s Allegheny branch in the North Side.

I like all the nicknames in North and Central. Are they inspired by real people?
I made up The Skeletons. You always have that really elderly couple sitting at the bar drinking all day. My grandfather was one of these types of people, they were always super thin and hunched over and whatnot. I thought of them as Skeletons. There was a Railroad Bob. He wasn’t like the Railroad Bob in the book, but there was a Railroad Bob. And my nickname was Fatboy.

Chicago plays such a significant role in your novels. Why did you leave? What brought you to Pittsburgh?
Chicago had become so expensive to live, we couldn’t afford a house there. So I decided to apply to grad school and applied to a number of mid-sized cities that had really good programs. Pitt had one, and my wife had lived here after college for a short time, it was affordable.

Are you ever inspired to write about Pittsburgh?
If I found something as compelling to write about here, I would. I grew up on the West Side of Chicago. [My neighborhood] underwent a great economic and racial change very quickly so that experience and what I witnessed there really motivated why I write.

Do you go back to Chicago often?
I go back a couple times a year. I was just there about a month ago. How do I put it? It’s a great town, but there’s a lot of problems. And it’s that racial and class divide. It really is a tale of two cities, it’s so cliché but it’s true. If you go Downtown, North Side, parts of the South Side, it’s very affluent, very prosperous and so forth. If you go to the West Side, most parts of the South Side, it’s very poor, hyper segregated.

What’s it like writing about that time in Chicago from your childhood for North and Central?
There is some emotional aspect to going back and revisiting that area, because it was a time of economic upheaval and it was very violent. Just to witness that as a young person, it was a very corrupt place, it makes you very cynical at a very young age. It’s unfortunate, because I don't think anyone should be that cynical at that young of an age, but I was. To a certain degree, I still am.

How cognizant were you of the racial and class issues in your changing neighborhood as a kid?
It was just common knowledge. People talked about it all the time. The racism was so prevalent. I don't know if Pittsburgh experienced the same thing, but there was something called blockbusting and panic peddling …

Basically, there was this great influx of African Americans after World War II into Chicago. Obviously that creates a need for housing, but there was also hyper segregation, so African Americans were largely confined to neighborhoods on the South Side and parts of the West Side. If you have that many people coming into a city, they will need housing. So those areas started to expand, this led to the blockbusting and the panic peddling.

[Developers] would know that a neighborhood that was predominantly white could be easily frightened into selling their homes. So they would approach one of the residents and say, “Well ya know that African Americans” – they didn’t use this kind of language, I can tell you that right now – “the African Americans are approaching the neighborhood, so you might as well sell to me, I’ll give you above market price. You might as well do it now because you won't get this later.” They’d find somebody to do it, they would move in a black family, and then they would flip the houses.

Another aspect of this is that African Americans were shut out of [Federal Housing Administration] loans from the inception of the program in the ‘30s all the way to 1966. So they were cut out of all those loans and that’s basically what built the suburbs. African Americans had jobs after World War II in the factories and so forth, they would look for alternative financing. Those same realtors that would panic-peddle and bust the block, they would also offer them contract loans that would triple the interest rate. In other words, these people were exploiting both sides of this equation. They knew that white immigrants could be frightened by the idea of African Americans coming into the neighborhood. On the other hand, they knew African Americans needed loans, so they provided them with financing at triple the interest rate. But if you missed one payment, you lost the house. Anybody who missed a payment, lost the house, they lost it to that same realtor. And he would then turn around and sell it to another person. A lot of people got very wealthy off this scenario. It was despicable.

Where specifically is Andy's bar supposed to be in North and Central?
Austin, far West Side of Chicago. Set in 1978.

Is Andy’s bar based on a specific bar from your neighborhood?
It is a composite bar. But there was a bar that was very close to North and Central, known as O’Brien’s. Open till four in the morning, Sunday through Friday, 5 a.m. on Saturday. Opened at 7 a.m. This guy owned it, his name was Andy, but he wasn’t like the Andy in the book. He was an Irish immigrant in his 50s. He wasn’t a very interesting character. The bar was populated by a lot of police officers, and there was a lot of corruption. I witnessed a lot of it. The corruption in the book is based on events that actually occurred. They all didn’t happen in the neighborhood, they all didn’t happen exactly the way they’re portrayed, but it did happen.

For example, in 1960, there was something called the Summerdale scandal on the North Side of Chicago, in which several Chicago policemen conspired with a burglar and [robbed] businesses in the area. That nearly brought down Mayor [Richard J.] Daley at the time, it was a huge scandal. They had to bring in a different police commander. In the book, they’re burglarizing places in the area, they’re not the same places but it’s a similar scenario.

If you’re writing fiction in America, you’re writing crime fiction. Because there’s always a crime going on. Someone is always taking advantage of somebody else economically. In one way or another, even if all the characters in the book are not actually criminals, for them to be where they are, often [it’s] because someone else is being exploited. So, it’s all crime fiction to me.

So to me, it’s crime fiction and it’s noir, but it’s also literary fiction. I think maybe that’s being missed. People want to put things into categories and the categories don’t always fit. You’re missing a lot if you think this is just about some guys going out and burglarizing. It’s continually missed. And maybe that says something about the story, people get wrapped up in the story and that’s great, but if you read the book it’s pretty obvious what’s going on in this neighborhood.

Does that focus on genre frustrate you?
I keep bringing this up and people don’t want to address it or admit it. From 1970 to 1980, over 250,000 manufacturing jobs were lost in Chicago. In 1970, 70 percent of African-American males who were employed, were employed in manufacturing. By the time 1980 rolls around, it’s 30 percent.