Pittsburgh VegFest continues to grow with food, fun, and a new VIP experience 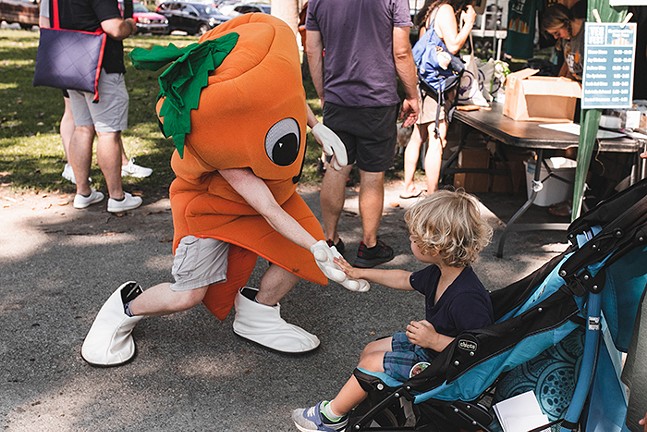 When Leila Sleiman met Natalie Fristick during a People for the Ethical Treatment of Animals protest in Pittsburgh, the two women realized they had a lot in common. They were both half Lebanese, cared about animal welfare causes, and adhered to vegan diets. The two started Justice for Animals, a nonprofit aimed at supporting legislative animal rights initiatives in Pittsburgh, but say they later wanted to expand their mission by appealing to a wider demographic.

“And we realized that Pittsburgh doesn’t have a veg fest,” says Sleiman during a phone interview with Pittsburgh City Paper.

Sleiman worked for PETA and says she attended events all across the country before settling in Pittsburgh with her husband, who grew up in the area. Part of her work included presenting at vegan festivals in places like New York City, where she promoted veganism and the ethical treatment of animals.

In 2014, Sleiman and Fristick launched VegFest, an event highlighting the benefits of a plant-based diet. While the Pittsburgh Vegan Expo is hosted annually in Monroeville, Pittsburgh VegFest has bragging rights for the first fest of its kind in city limits. The eighth VegFest, happening Sat., Aug. 27 at its usual spot in North Side’s Allegheny Park, demonstrates how much the event has exploded. This year, the festival will feature around 150 vendors, 54 of which focus on food.

“It's gotten so much attention as a food festival,” says Sleiman. “We’re turning away vendors every day. I mean, we're growing every year. We just don't even know what to do anymore.”

It’s a far cry, she says, from the first year, when the festival had around 60 vendors, no stage, and three musicians who were “playing in the grass.” Initially, Sleiman says she and Fristick worried about attendance for a festival with such a specific aim.

“Natalie and I did it all ourselves with our own money. You know, we didn't have any sponsors,” says Sleiman. “And I think for the first couple years, we were like, ‘What if no one comes?’”

The increase in crowds (anywhere from 8,000 to 10,000 each year, according to the VegFest website count) led Sleiman and Fristick to launch the first-ever VIP experience for this year’s festival. While the event is free, VIP ticketholders pay a fee for early access and to snag a limited number of swag bags filled with various vegan treats, stickers, coupons, and more.

Sleiman says adding the VIP element allows them to fundraise while still keeping the event free to the public, vowing, “We're never going to charge an entrance fee to VegFest.”

She believes that events like VegFest demonstrate the demand for vegan food, something that has noticeably risen in the Pittsburgh restaurant scene. She agrees that, despite the loss of prominent local vegan restaurants like B52 and Reed and Co. in Lawrenceville, plant-based food still has a place in the city, particularly in terms of baked goods like donuts.

“Many well-known or established businesses, restaurants, I think, that weren’t fully vegan or hesitant about joining VegFest, now they're, like, knocking down the doors,” says Sleiman. “But it's not just because of VegFest. I'm not at all bragging. It's because veganism has come far. VegFest has, of course, helped, but so have other things. So now they realize, ‘Hey, people are asking about vegan alternatives.’”

Sleiman credits the success to VegFest not being exclusive to vegans, and not pushing any kind of agenda beyond spotlighting local vegan food vendors, small businesses, artists, and musicians. It also offers cooking demonstrations, yoga, kid-friendly activities, and more.

Sleiman says that, while the food “always gets the most attention,” the activism inherent to VegFest comes more subtly, mainly through the animal guests there to meet crowds.

“Our original motto was to spread compassion and awareness about animals, and a very easy way that you can do that three times a day is by leaving them off your plate,” says Sleiman. 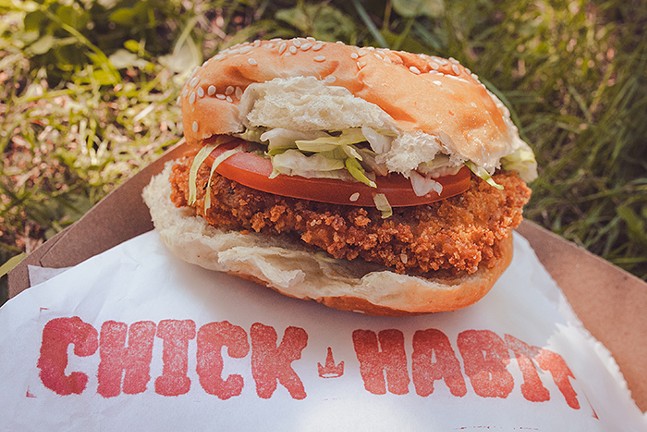 She goes on to say that most people are not drawn to a vegan lifestyle through educational material like speakers or videos. While many people adopt veganism because of health or environmental reasons, she says others come to it by relating what they eat to the relationships they already have with animals in their own lives.

“And so a lot of people start with the connection to the animals that they share their house with,” says Sleiman.

As a result, VegFest fosters that connection by allowing guests to meet animals, including cats, dogs, and pigs, from various local rescue groups.

She adds that, while they do host some out-of-town vendors and businesses, they “try to keep it local because it is about the community.”

“You know, putting this money back into the community, getting out there for a day of sunshine and smiling faces, and you get to meet these people that are making these things for you,” says Sleiman. “And that's really what small business is all about.”

While VegFest sets out to promote veganism, it mostly still serves as a fun, inclusive event.

“This is a summer festival in the city,” says Sleiman. “Come bring your family, bring your friends. We have something for everyone.”