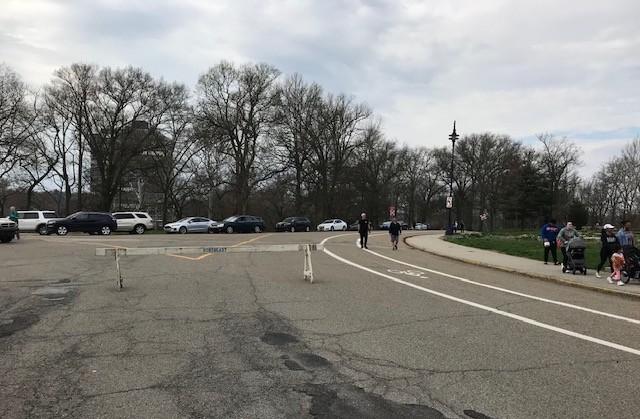 But one closure should actually be viewed as a boost to outdoor recreation. Four streets near three parks throughout Pittsburgh will soon be closed or partially closed to vehicle traffic. This is to allow park-goers more room to recreate in anticipation that the warming weather could lead to trails becoming too crowded to allow for proper social distancing.

A timetable for the closures is not yet in place, but the closures are: Adon Street near Sheraden Park, West End Park Drive at Weaver and Herschel, and Reservoir Drive, which loops around the reservoir in Highland Park. Also in Highland Park, Farmhouse Drive at Jackson Street/Connecting Road/Heberton/Grafton will be closed to personal vehicles.

The Highland Park road closures will be partial, as to allow for Pittsburgh Water and Sewer Authority vehicles to access its facilities.

Cycling and pedestrian advocacy group Bike Pittsburgh has been leading the charge in calling for roads near parks to close down.

"It's wonderful news," says Bike Pittsburgh director Scott Bricker. "The weather is breaking. This is just a great decision to help keep people safer out there."


GREAT NEWS: The City is closing streets in parks to make room for people to safely social distance. There could be more to come... https://t.co/VuhJkEmCD9

Bricker says Pittsburghers are just trying to keep a safe distance from other people while also enjoying outdoor time during a period when most people are stuck indoors to quarantine. But, he says, when cars are in the mix at popular recreation spots like parks, "it squeezes us together."

"That's why this is so important," noted Bricker. "This takes cars out of the equation and gives people more space to get exercise."

Dozens of cities across North America have closed down streets to vehicular traffic during the coronavirus pandemic as a way to provide more space for outdoor recreation. On a weekend in April, Pittsburgh Parks Conservancy ran a pilot where Reservoir Drive was closed off to vehicles. Pittsburgh City Paper visited Reservoir Drive during the pilot. The road was mildly crowded, with participants practicing safe social distancing.

Today, the city’s Department of Mobility and Infrastructure (DOMI) also announced a task force to study the practice of closing down streets in business districts to allow restaurants, bars, and retailers more space to operate during the pandemic. (Of course, Gov. Tom Wolf’s yellow phase plan still prohibits restaurants from opening their dining sections.) Other cities throughout the country, like Berkeley, Calif., have prohibited vehicles in business districts to allow more space for customers patronizing storefronts.

According to KDKA, Pittsburgh City Councilor Erika Strassburger (D-Shadyside) is lobbying to have Walnut Street in Shadyside converted into an open-air pedestrian mall during the pandemic.

Bricker commends the city for looking at potentially closing down business districts to vehicular traffic as well. He says even temporary closures, like only on weekends, could be hugely beneficial. He's interested to find out which communities will apply for business district closures, and notes that closing down a handful of blocks in the Strip District would "totally make sense."