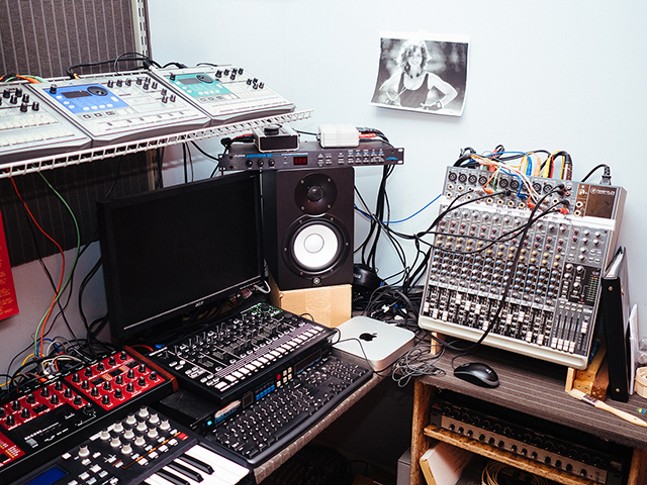 CP photo: Jared Murphy
Pittsburgh-based DJ Naeem’s recording setup in Machine Age
Head over to www.inthemachineage.com and you will find a white background with a logo, address, and contact information for record label Machine Age. No hyperlinks. No tabs. No social media icons.

“For the first couple years, it was in the plans,” says Preslav Lefterov, owner and founder of the Polish Hill-based house/techno recording studio and record label. “We were going to have a website and all of these things.”

At the time, however, it was the mid-2000s, and 22-year-old Lefterov was focused on excellence. He didn’t want to put out a product into the world that wasn’t flawless.

“If I were to tell someone younger now,” he says, “I would be like, ‘Get it out there, don’t fixate on getting it perfect.’ I was paralyzed by ‘I gotta get it right.’ And that’s really the worst enemy of output.”

A few years into Machine Age, Lefterov still had yet to finalize a website when a friend told him about word-of-mouth marketing, which is prominent in Japan where the friend had visited. The strategy focuses on output, having such a standout product or service that consumers spread the word about a business. Lefterov was captivated with the idea, and since Machine Age was already unintentionally going down that path, he decided to go with it.
click to enlarge 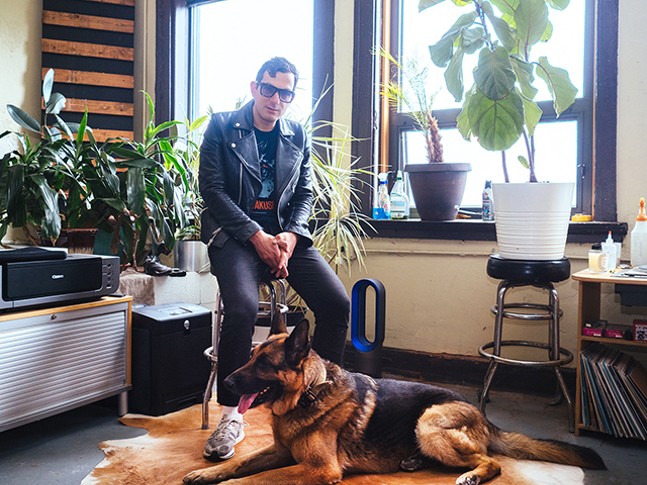 Started as a recording studio in 2004, Lefterov and his business partner, Adam Ratana, decided to expand Machine Age in the early 2010s to include three record labels – Machine Age Records, Pittsburgh Tracks, and Love What You Feel (LWYF).

For Machine Age Records, the idea was to put out music recorded in the studio. For Pittsburgh Tracks, the duo decided to center the label around Pittsburgh artists, opening the circle to include any local artist with a dance music theme. The first Pittsburgh Tracks release was in 2011 by a group Lefterov and Ratana started called Pittsburgh Track Authority. LWYF expanded Machine Age’s reach even further – the unrestricted label features worldwide artists like the L.A.-based Santiago Salazar, who released his first full-length album Chicanismo on LWYF in 2015. He’s following up the debut with Night Owl, a house album with techno influences, set to drop in the next few months.

While the team initially decided not to have a website, the emergence of social media allowed for another platform in which to market Machine Age. Almost all of Machine Age and its branches can be found on social media. However, posting is disjointed. Some haven’t posted since 2015.

“We don’t have the capacity of having a huge team, having a dedicated person to do social media,” says Lefterov. “It kind of fell to the side because I wanted to spend more time working with clients and that side of things, instead of constantly feeling the need to be on top of a website and social media strategy.”
click to enlarge 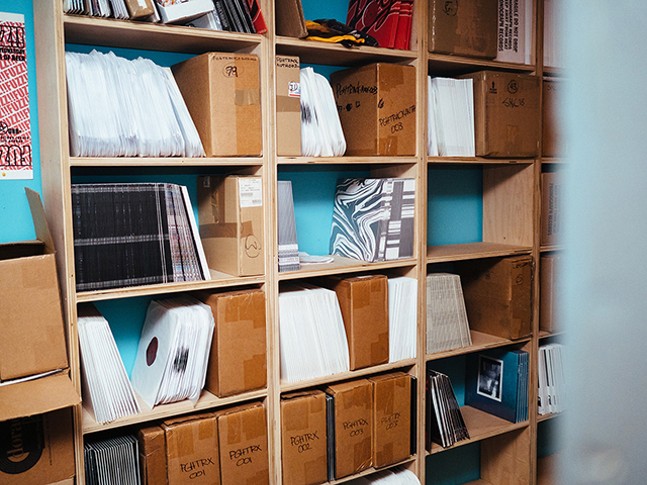 The team at Machine Age is small, with fewer than 10 people making sure all the parts are moving correctly.

“I can’t say that it hasn’t hurt us,” says Lefterov. “But it was our choice. I have my own personal Instagram account that has a bigger following than the Machine Age account. Same with Twitter. So I post on those. It’s too much to have a business social media and then have your own, and how to mix them. It’s allowed us the time and energy to focus on the labels and putting out projects that we really believe in and want to creatively support ourselves.”

Outside of Machine Age, Lefterov works with a program from Housing Authority of the City of Pittsburgh that helps residents of public and affordable housing learn how to use audio and recording equipment.

“If you’re interested in what we do, you have access to it,” says Lefterov. “The music found on Machine Age’s labels is available on all streaming platforms. But thinking that you can influence people to buy by constantly bombarding them with information and promotional material is not effective. It’s too much noise on social media.”
click to enlarge

There’s a misconception about electronic music. Because music festivals have gained popularity and EDM has become infused with pop music – finding its way onto the radio and Top 40 charts – people believe that the scene is thriving. And it is, sort of. Mainstream electronic music genres like future bass and dubstep have found a home in Pittsburgh. Scenario on the South Side and Brillobox in Bloomfield both have regular dance nights featuring those EDM genres. But left aside is house and techno.

“There’s always been a dance music scene in Pittsburgh,” says Preslav Lefterov, owner and founder of Machine Age, a house/techno recording studio and record label. “[But] there hasn’t been venues or clubs that focus on [house/techno] in a way that is accessible.”

Right now, the main places to hear house and techno in Pittsburgh are at Tilden and Hot Mass. However, both Downtown venues are after-hours clubs. 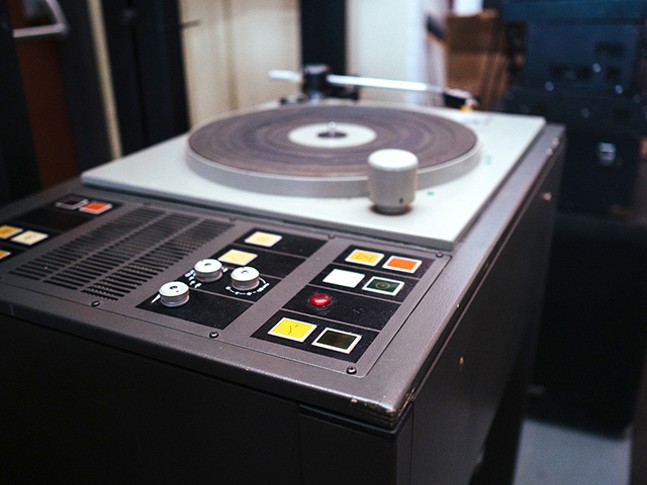 CP photo: Jared Murphy
An EMT 950 Turntable in Machine Age
“Having a weekly night like Hot Mass, when it started, helped a lot,” says Lefterov. “It was important for that night to start. [Before], you couldn’t consistently say, ‘I know I can go to this place every weekend and see a really good DJ from Pittsburgh or a really good international DJ in one place.’”

When Hot Mass first opened, Machine Age DJs had a residency at the club for about a year. This was also at the beginning of Machine Age.

“Our first record was on a record label out of London,” says Lefterov. “At the time, there wasn’t infrastructure in Pittsburgh for anyone to release our music. There weren’t any dance music labels operating in 2011 in Pittsburgh. We had to build that infrastructure ourselves.”

Now, local electronic producers have more opportunities than ever to release music. Along with local labels, there’s Soundcloud and Bandcamp, where artists can share their music with the click of a button. But finding a place to play live is a different story.

“We need more venues dedicated to [house and techno] that isn’t an after-hours club,” says Lefterov. “Hot Mass is not what most people think of as a club because it’s not something you can go to between the hours of [10 p.m. and 2 a.m.]. I think that that’s still missing, and the reason is because there isn’t the support for [the genre] still.”