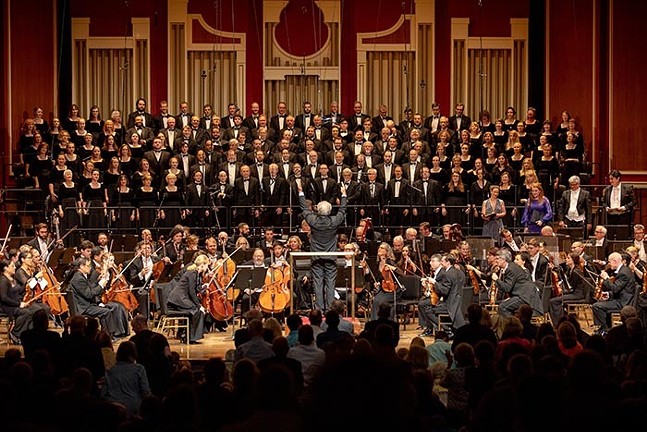 The Recording Academy announced on Tue., Nov. 23, via a livestream from Los Angeles, that PSO’s recording of Beethoven’s Symphony No. 9 was nominated for Best Orchestral Performance and Best Engineered Album, Classical. Included in the nominations were the PSO musicians, conductor Manfred Honeck, the Mendelssohn Choir of Pittsburgh, and engineer Mark Donahue.

In a press release, Melia Tourangeau, president and CEO of the PSO, also cited soloists Christina Landshamer, Jennifer Johnson Cano, Werner Güra, and Shenyang as part of the accomplishment.

To date, the PSO has received 12 Grammy nominations, including two wins in the last six years. The recording, which, like other PSO recordings, was made possible by grants from BNY Mellon, Hansen Foundation, and Cheryl and Jim Redmond.
The Beethoven No. 9 recording is the eleventh release in the Pittsburgh Live! series on the FRESH! Series from Reference Recordings since 2013. It is also the sixth recording to receive at least one Grammy nomination.

Tourangeau says the recording was released as part of the orchestra’s 125th anniversary season and is a reminder that “music is a great source of joy and healing, and a hopeful future.”

The recording was also dedicated in memory of the late Dr. John H. Feist and his wife, the late Madeline P. Feist, a local couple known for their love of classical music and support of PSO.

The PSO Beethoven Symphony No. 9 recording is available through all major online music retailers and on all streaming services. You can also listen to an audio clip of it on the PSO Shop webpage.