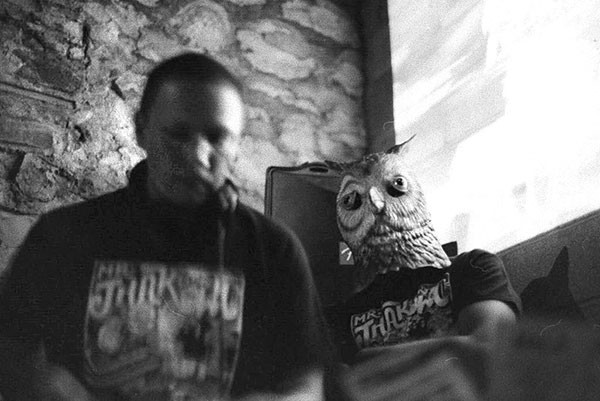 It's a Tuesday night and there are 10 people sitting upstairs at Brillobox, facing the stage in rows of foldable chairs. Elaborate lights and lasers are shooting patterns all over the room. Animated visuals play on a video screen and there's a little machine filling the space with dank, vaguely sweet-smelling fog. The man behind the large synthesizers on stage explains that this is "just a taste" of his full show. Then the music starts.

This is Pittsburgh SoundCloud Meetup, a free community of local musicians, producers and DJs (radio or otherwise) who get together to talk production techniques and bounce songs off each other. Meetups like these are, as the name suggests, networking events loosely facilitated by the massively popular sound-sharing network SoundCloud. With 1,179 active Meetups worldwide, they offer a way to mobilize an offline community using an online network.

"I have a high level goal of where I want the Pittsburgh community to go and this is a vehicle for serving that goal," says DJ and producer Mr. Owl, founder of the Pittsburgh SoundCloud Meetup. Mr. Owl started this chapter in 2012 with help from his production partner, DJ Spaed, after noticing a lack of real-world collaborating opportunities for musicians in Pittsburgh. After a slow start, they've been meeting monthly since November.

The first meeting, in March, 2012, had little more than a few couches and a case of beer. Aside from a new home at Brillobox and the sound system that comes with it, not much has changed. The group has since hosted notable guests like radio producer Scott Bliss, RAW Pittsburgh showcase director Leigh Yock and film-score composer Colton Provias.

But SoundCloud is especially useful for musicians like Mr. Owl, or anybody who works in electronic music and relies heavily on sampling. SoundCloud is basically a limitless catalog of potential samples and as a result, Mr. Owl explains, Meetups tend to appeal to musicians in those worlds. DJing is often chided as nothing more than "pressing play," and because so much of the creative process relies on technological ingenuity, DJs are not always eager to show their cards. But the producers at this meeting seem committed to the open-source format.

"That's a great question" is the go-to response for presenters throughout the night.

The Meetup operates like a casual lecture, an offline message-board mixed with a peer review. At February's meeting, producer Thumpty Jumpty (the guy with the fog machine) gives a rundown of his gear, then offers a mini-demonstration of the set he'll perform at an upcoming gig. The performance is intense, loud and very bright. The MIDI-controlled light show moves in perfect sync with the music, which Thumpty describes as "mainstream-radio EDM." It's tremendous fun and, honestly, a little surreal to witness sitting down (like watching a rave in a library). After the performance, Thumpty opens the floor to questions.

"What are some of your favorite synths, and which ones do you use for what sounds?"