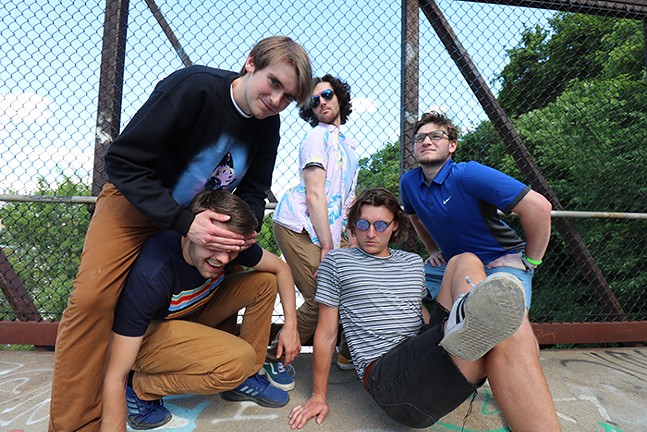 Summer is the perfect time to release new music. Listeners can enjoy tunes out in the sun on their phones or at an outdoor show. There are a few albums that you can expect to come out in the coming months, here are a few singles from some of them:

"I Never Got To Drive The Go Karts" - Quiet Hours

This song starts stripped down and acoustic, making you think that it's a one-man-band kind of operation. When the rest of the band does kick in, it's explosive and energetic. This kind of construction keeps the listeners on their toes, and this alternative rock single is rich with emotional lyrics and beautiful melodies with lead vocals by Evan Heming.

As Quiet Hours explains in a press release, "I Never Got To Drive The Go Karts" recounts a hellish vacation the band took in spring 2021. The track tells this story through a soft, solemn vocal performance before culminating in an explosive ending that falls nothing short of a cry for help in a situation completely out of our collective control.

Quiet Hours takes inspiration from genres such as alternative rock and emo, and will release their new album, Reality TV, this summer.


"I like to watch you on my television" begins this moody, dark song. It's creeping and slow, but definitely packs a punch as it mounts toward the ending. With beachy riffs and resounding vocals, it's the perfect song for a summer heat wave. Lyrics about "scaly hands" also provide a refreshing sense of humor.

It's the latest single from Bikini Islands, a Pittsburgh-based band set to play live on Thu., June 30 at Club Cafe and at the Deutschtown Music Festival on July 23.

"'Midnight Lizard' was a song that started with strumming Em to A on my guitar in my living room and the words and melody for 'I like to watch you on my television' just appeared. The rest of the song kind of evolved from there," says vocalist/guitarist Kyle Wacker in an email. The rest of the band is composed of
Oskar Karst on guitar and keys, Dave Romero on bass and vocals, and Eric Neugebauer on drums and vocals.

The band will release their full album, Simple Pleasures, on July 15, so stay tuned for more singles and album news.