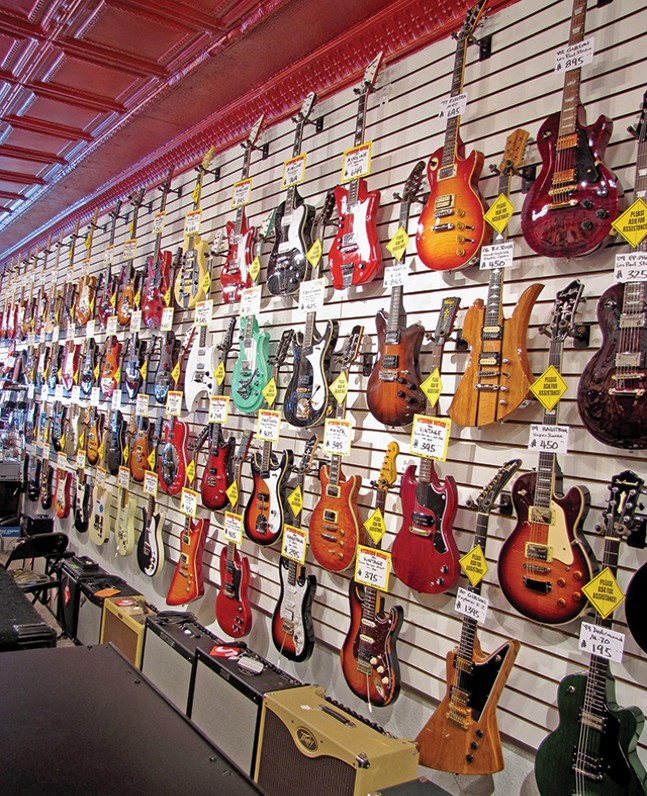 Betsy Gerson
Merchandise for sale inside Pittsburgh Guitars in South Side

Amazon doesn't care about you.

Despite its convenience and ubiquity, the behemoth online retailer isn't necessarily good for its customers, employees, or the cities in which it does business. One example: as Pittsburgh City Paper reported in June, Amazon isn't collecting the Allegheny County's sales tax, meaning that we miss out on millions of dollars that could go to public libraries, parks, and distressed municipalities. Amazon also recently passed over Pittsburgh for its second headquarters after the city, Allegheny County, and commonwealth offered $6.7 billion in incentives. The company didn’t even contact local leaders until a day after announcing Pittsburgh lost the bidding war.

So when it comes to spending on the biggest shopping weekend of the year, consider supporting local businesses first and foremost.

Local small businesses like Pittsburgh Guitars in South Side, Ujamaa Collective in the Hill District, and love, Pittsburgh in Mount Washington and Downtown are all deeply invested in their communities. Storefronts like theirs not only contribute positively to neighborhood vibrancy, but their shelves support local artisans and musicians.

Any profits these stores earn will likely contribute back to other local businesses: A perpetual-motion machine boosting Pittsburgh’s local economy. On Small Business Saturday, you can support them and keep that engine humming. 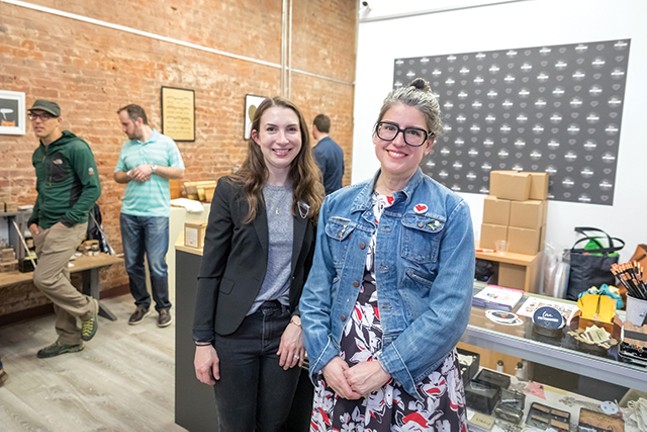 A few years ago, leaders in Mount Washington realized the neighborhood needed a gift shop. So, Kelly Sanders and Monica Yope stepped up and with some help opened the Pittsburgh-themed store in the heart of Mount Washington on Shiloh Street.

Love, Pittsburgh sells apparel, jewelry, home decor, cards, and food that promote the Steel City. They also sell pieces from local artists and makers. Every product has some level of connection to the Pittsburgh area.

“It makes sense for Pittsburgh, all we are doing is promoting Pittsburgh,” says Sanders. “That is great if you want a Terrible Towel, but it’s probably made in China. Everything at love, Pittsburgh has its final touch here in Pittsburgh.”

In addition to promoting goods made by Pittsburghers, Sanders says the store has become like “an old trading post,” where makers can meet and mingle with shoppers. She says this interpersonal connection gives love, Pittsburgh a leg up over online and big-box retailers.

“The things that you can do in person, that is something you can’t get online,” says Sanders. “That has resonated with a lot with the artists and with the customers.”

The hyperlocal strategy has been so effective, that Sanders and Yope have since expanded with a store front Downtown on Liberty Avenue and an annex in the Oliver Building.

Love, Pittsburgh is offering an array of deals following Thanksgiving. On Black Friday, shoppers will receive a love, Pittsburgh mug if they spend $50 or more. On Small Business Saturday, everything is 20 percent off. And on Cyber Monday, online shoppers enjoy free shipping and a mystery gift.

The South Side music store has been a stalwart in Pittsburgh’s small business community. Owner John Bechtold believes the region is the perfect place to support small businesses because so many business districts are dominated by local shops.

“I really do my best to practice what I preach,” says Bechtold. “When I need to go the hardware store, I am gonna shop at my local place.”

Bechtold says Pittsburgh Guitars often offers better prices than some online retailers. Customers have many opportunities to interact with local musicians, who spend time in the shop, just sharing stories. Most importantly though, Bechtold says shopping at small businesses like his has a positive multiplier effect for the local economy.

“You are keeping the dollars local,” says Bechtold. “And money is being reinvested in your community. It is all part of a cycle.”

Starting on Black Friday and continuing through the weekend, Pittsburgh Guitars will offer special prices for various items throughout the store, including stocking stuffers like guitar tuners and strings, as well as sales on guitars and ukuleles. Shoppers can also enjoy complimentary coffee and cookies.

Nonprofit Ujamaa has run a storefront in the Hill District for the past eight years. It specializes in supporting local artists and crafters, especially those practicing Africana art. Ujamaa sells clothing, jewelry, decor, bags and more.

Wolf says that Ujamaa has helped amplify local and international artists and makers. Combined with the collective’s mission to provide a community space to residents, Wolf says Ujamaa is attempting to revitalize the Hill District, which is still recovering from development decisions that isolated the neighborhood from the rest of the city.

“We have helped to bring back the old nickname of the Hill District, the crossroads of the world,” says Wolf. “Helping to heal and restore communities like the Hill District is really important.”

On Black Friday and Small Business Saturday, Ujamaa will be hosting workshops in its community room, where participants can design their own t-shirts. The store is open on Friday and Saturday from 10 a.m. to 7 p.m.