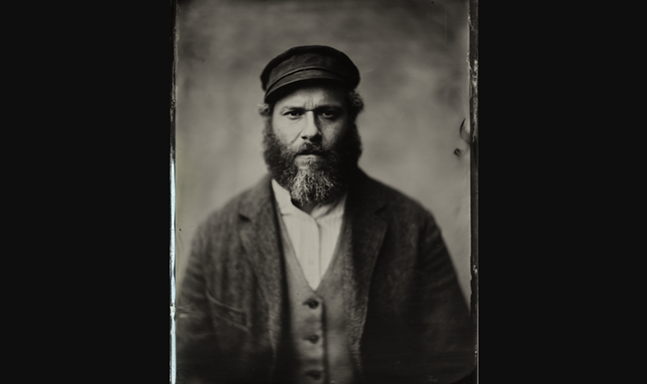 Image: HBO Max
Seth Rogen in An American Pickle
Last year, Pittsburgh welcomed another big Hollywood production when it served as a Brooklyn stand-in for the Seth Rogen vehicle An American Pickle. Now homebound movie fans will get to see it thanks to a recently signed deal with HBO Max.

On Mon., April 27, HBO Max, a new streaming platform set the launch on May 27, announced that it acquired worldwide rights to An American Pickle. According to a press release, HBO Max acquired the film from Sony Pictures so that its release would “not be delayed” due to COVID-19 theater closures.

Much of the film was shot in Pittsburgh between Oct. and Dec. of 2019.

Adapted from the 2013 New Yorker series “Sell Out” by Simon Rich, the fish-out-of-pickle juice story stars Rogen as Herschel Greenbaum, an immigrant who, after coming to America in 1920, falls into a vat of pickles and is brined for a century. When he emerges unscathed in modern-day Brooklyn, he's united with his great-grandson and only living relative, a computer coder named Ben Greenbaum (also played by Rogen).

An American Pickle should make for another curious addition to the made-in-Pittsburgh film catalog. A movie about a brined time-traveler also seems weirdly appropriate for a city that proudly touts its love for pickles with Heinz pickle pins and a big annual festival.

An American Pickle will hit HBO Max sometime this summer.