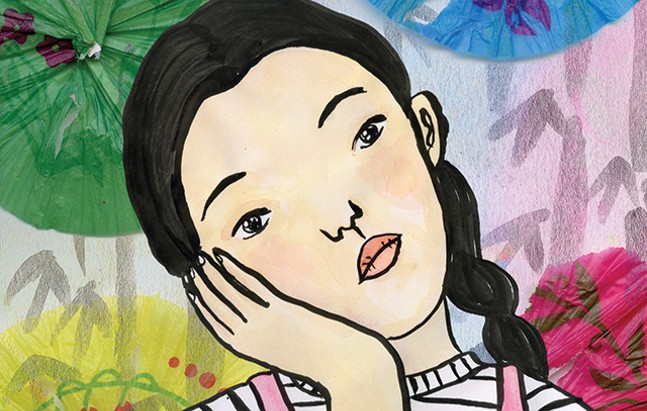 Presented with the tagline “Fun Size Fits All,” the Pittsburgh Shorts Festival showcases 93 films from 24 countries, with “an emphasis on films that promote cultural tolerance and innovative visual storytelling,” according to a press release. Short films are more accessible and affordable for budding filmmakers, making for a more diverse selection of stories.

Film Pittsburgh executive director Kathryn Spitz Cohan says that while the films cover a variety of genres, themes, and backgrounds, the mission of the festival remains the same.

“We do a lot of programs and we show a lot of films that are trying to bring people together and celebrate our common humanity,” says Spitz Cohan.

Films are presented in blocks that last 90 to 100 minutes, about the run-time of a full-length feature movie. The festival – which takes place at the Kelly-Strayhorn Theater – opens with the Love and Laughter block, a collection of eight heartwarming films from the U.S., Argentina, France, and Germany. Other blocks include the horror-focused Thrills and Chills, and All-Ages, an early afternoon of kid-friendly titles like the charming Two Balloons, a story about a hot air balloon ride with two adventurous lemurs.

Regardless of theme or, in most cases, lack of theme, Cohan says the audience should expect a carefully curated variety of films in each block.

One unique aspect of the festival is its commitment to highlighting female filmmakers. Around 42 percent of the selected films were directed by women, among them Are We Good Parents? directed by Bola Ogun and Mariama Diallo’s Hair Wolf, a Sundance award-winning short that uses comedy and horror to address cultural appropriation.

Spitz Cohan believes that as a mostly woman-run nonprofit organization, Film Pittsburgh has a responsibility to provide opportunities to female filmmakers who lack the same level of representation as their male counterparts. A 2017 report by San Diego State's Center for the Study of Women in Television and Film found that, of the top 250 films from the previous year, only 7 percent were directed by women.

Spitz Cohan adds that they also strived to include films made by people of color and LGBTQ people.

While shorts fail to receive the same recognition as feature-length films, Cohan says they offer a less expensive, accessible way for budding filmmakers to appeal to producers and modern audiences, whose attention spans are wired for YouTube videos. In terms of the festival, they also provide an effective way to present a variety of perspectives in a single sitting.

“Short films, if they're good, are really appealing because you can learn so much and grow so much and feel so much in one block,” says Spitz Cohan. “I think it’s really valuable.”