Affordability and arts funding are among the draws 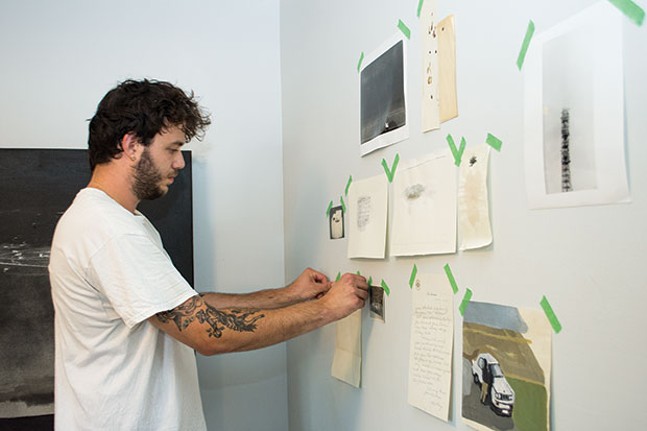 CP photos by Jake Mysliwczyk
At home in Pittsburgh: sculptor Bowen Schmitt in his home studio, in Highland Park

“I feel like I came back to a new city,” says Schmitt, who moved back to his hometown after five-and-a-half years as a student at Temple University’s Tyler School of Art and founding director of the Great Far Beyond art gallery, in Philadelphia. Schmitt was impressed by the wealth returning to Pittsburgh, and by the surge in young people making art rather than “buying fancy cars.” Schmitt said he saw Pittsburgh’s smaller yet vibrant arts community as a way to be heard sooner, reaching in years levels that elsewhere would take decades.

The sculptor, 23, rented a two-bedroom house in Highland Park and used the second bedroom as a studio, for the same rent that he paid on a one-floor apartment in Philadelphia. And that place didn’t have a decent backyard. 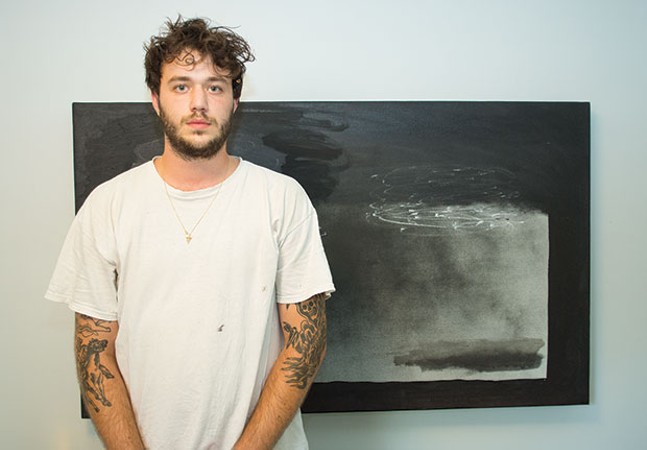 Likewise, in its 2015 American Community Survey, the U.S. Census found that 18- to 34-year-olds are the largest age group, comprising 37 percent of the city’s population.

“I think younger people are coming here or are more likely to return here because they’re seeing that this area has changed,” says GPAC CEO Mitch Swain. “I’m hearing that from my own kids that are 24, 23 and 21. They refer to Pittsburgh differently than they used to.”

Swain cites Pittsburgh’s concentration of colleges and universities for providing contacts and projects for young artists, and the prevalence of foundations that support the arts. For instance, the Heinz Endowments’ Small Arts Initiative provides grants for small professional arts organizations. In 2015, the median Small Arts Initiative grant was $14,000. A donation announced in July by the Hillman Foundation — $580,000 over two years — will further aid GPAC’s grantmaking efforts.

“There [are] certainly more funding options here than in many cities of our size and even larger,” Swain said.

Esther Michaels, 26, also recently moved to Highland Park from New York City. She had initially come to Pittsburgh to study photography at Carnegie Mellon University, but a dearth of options convinced her to return to her hometown. However, after graduate studies at New York University, she decided Pittsburgh’s affordability was worth another shot.

“It was a leap of faith for me because I did not have a job lined up, and I’m still working on a job, trying to make rent,” Michaels says.

Although she wishes there were more gallery openings here, Michaels knows others her age who share her desire to stay in Pittsburgh.

“In New York if I was going to be making art, you end up being someone’s studio assistant or manufacturing their work to get by,” she explains. “Here … [y]ou can make your own work in your spare time and still live your life comfortably as someone who’s not well known as an artist.”

GPAC artist-relations manager Christiane Leach says she knows of numerous young artists who have moved to the region in the past year. “Some people strike it rich,” Leach says. “But if you’re going to struggle, you should choose the place that’s relatively easy to struggle, where you are able to connect with the community and still make work.”

She recalls meeting several artists who moved recently to Westmoreland County. One had a 4,000-square-foot studio for a fraction of the costs elsewhere in the region.

Affordable studio space in the city is a perennial issue. Among those attempting to provide it is Ryan Lammie. Lammie is founder and executive director of Radiant Hall, a nonprofit that manages a wide selection of affordable workspaces for artists, with locations in Lawrenceville, Homestead and the North Side.

Lammie grew up in Gibsonia, Pa., and pursued his art degree at the Pratt Institute, in Brooklyn. But he describes New York as “a terrible place for making art” — too expensive, uncooperative and opaque.

Back in Pittsburgh, Lammie found a huge former social hall in Lawrenceville and moved in with an artist friend. Before long, he had several artists renting out studios. Several years later, Radiant Hall is a thriving part of Pittsburgh’s art ecosystem, with 69 studios, most of them rented out. Full private studios rent for $350 a month, with half studios for as little as $135.

“If you’re trying things for the first time, you can actually fail here,” says Lammie, 29. “People will understand that you’re just learning and going through a process, whereas in other cities, they’d just kick you out on the street and say, ‘You’re never going to work in this town again.’”

“Within the last year, there has been a large number of artists who have emailed us to say, ‘Hey, I’m relocating to Pittsburgh. I’m trying to scope out the arts scene and figure out what’s available in the area,’” Lammie said. “It hasn’t really been until last year that artists have really begun to consider Pittsburgh as an option.”

Pittsburgh isn’t for every artist. Take Ben Quint-Glick, who at one time was both artist-in-residence at Bunker Projects, an art gallery in Bloomfield, and an intern at Renaissance 3 Architects, on the South Side. Quint-Glick quickly built connections with the arts community and lived with artist friends. But then he approached a wall.

“I think in the arts you can find yourself always in the same circles, always doing the same thing, pretty quickly,” he said. “To really support yourself only making art in Pittsburgh can be difficult. There’s a very clear limit to how high most people can go.”

“I could see myself in the future maybe coming back to Pittsburgh, but it’s not where I am in my life right now,” says Quint-Glick.

Still, both Schmitt and Michaels say they know of emerging artists who were either moving to, or back to, Pittsburgh. Schmitt, a graduate of Pittsburgh High School for the Creative and Performing Arts, cites “three or four” classmates who also had moved to Philadelphia but, like him, returned.

“I think a lot of it had to do with having more opportunity and room to expand an idea, in combination with the fact that you can save money while doing it,” he says.

Conversely, Michaels says some loved ones back in New York City were skeptical about Pittsburgh. “They have this vision of Pittsburgh that’s way different than what it is now, and over the past few years has become,” Michaels said. “I think that a lot of people thought that I was making a mistake.”

Schmitt and his Far Beyond Gallery associates hope to open a new venue or satellite gallery here, and he remains confident that he can push forward with his art.

“I just hope it continues in a positive way,” Schmitt said, “and we’re able to grow our community with everything else that’s growing in Pittsburgh.”

National grant to provide $450,000 to Allegheny County artists and organizations