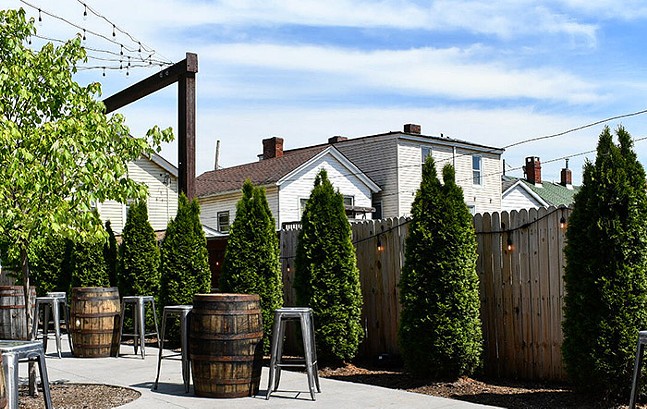 In the green phase, restaurants can operate both indoor and outdoor dining, with restrictions. Regulations include a 50% capacity limit with spaced-out tables, smaller parties, constant cleaning, and mask-wearing.

For many, there was a learning curve in adapting to these new restrictions. Staff had to be re-trained to meet strict sanitation guidelines and often, were required to learn an entirely new floor plan. Menus became single-use or were converted to be electronic. But what stood out to many restaurant owners were the wait times. After spending months cooped up in their houses, Pittsburghers were ready to dine out.

Tracy Molyneaux, a part of the management team at Coughlin's Law Kitchen and Ale House, said there was a line forming 30 minutes before they opened on June 5. Kevin Costa, executive chef at TRYP Hotel, says they were turning customers away in order to manage their wait list. Andy Kwiatkowski, director of brewing operations for Hitchhiker Brewing Co., noted that both of the brewery’s tap rooms filled up and had a steady stream all weekend. In Lawrenceville, Senti Restaurant & Wine Bar started giving guests the opportunity to order ahead online for dine-in service to help control reservations.

But if you’re like me, dining indoors still seems too good to be true. I’m a bit wary ⁠— even with confidence in sanitation practices ⁠— of being in an enclosed space, and thus, have been on the hunt for restaurants with patios.

Many of the locations that re-opened early in the green phase had the advantage of an outdoor space or, if they didn’t have patio options before these restrictions, have expanded their offerings to cater to diners like me. (Soju in Garfield, with the blessing of its neighbors, added a few more sidewalk tables to accommodate these needs.)

Costa notes the advantages of his rooftop eatery Over Eden, which has three wall-sized garage doors to ventilate the top-floor spot along with its vast deck, while Molyneaux explains its sister restaurant, Carson City Saloon, has remained closed for lack of outdoor seating and space.

But, inside or outside, it’s clear that the food industry is ready to get back to “normal.” Costa and Molyneaux are just relieved to have guests in their dining rooms again. Kwiatkowski has a similar feeling, noting that “there have been times over the past few months where it didn't seem like this would be possible.”