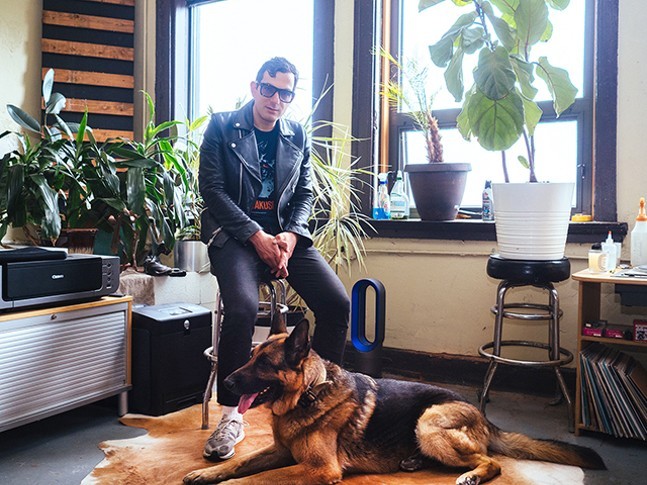 Don't be fooled by Machine Age Records' sparse website, the label knows what it's doing. In addition to Pittsburgh Tracks and Love What You Feel, Machine Age Records is run by Preslav Lefterov, an electronic music lover who has been in the Pittsburgh music scene since the early aughts when he and a partner started Machine Age Studios.

"We started as an outlet for dance music by Pittsburgh artists, but in the past eight years have expanded to releasing various genres of music from artists from around the world," says Lefterov.

Dance and club music from local musicians is found on the Pittsburgh Tracks label; any genre beside dance that is recorded at Machine Age Studios is put on Machine Age Records; and the third label, Love What You Feel, is home to house and techno music from across the globe.

"The majority of the music we release has an appreciation and love of synthesizer culture," says Lefterov. "We have dedicated our lives to creating music using all available tools, but love synthesizers, tape machines, classic consoles, weird effects, and vinyl. Most of our releases are accompanied by limited edition vinyl records."

Receiving those physical records, and then getting to ship them to people all over the world, is one of Lefterov's favorite parts of running the three labels.

"The work doesn't end when you create or sign a good record," says Lefterov. "There is so much music being released every single week and often it is not enough to have a 'good' record. Capturing that something special that makes people stop, listen to your record, and purchase will always be a challenge. ... [But]
standing our ground and releasing music we believe is timeless, despite short-lived trends, [is a record label's role].

"Releasing music is a marathon, not a sprint, and it's about building a catalog you'll be proud of in decades."