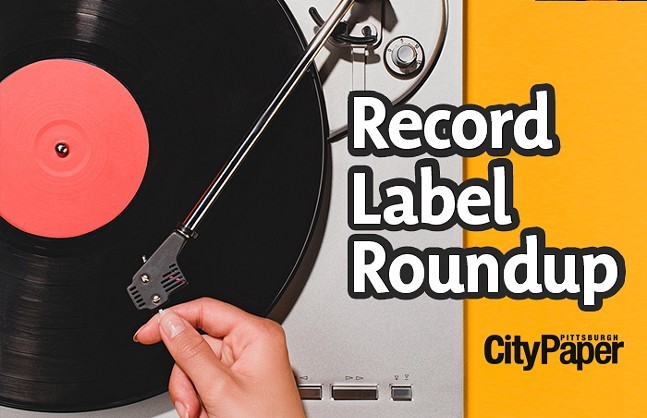 Founding Date/Founder(s): 2016, Connor Murray
Genre: Sways toward fuzzy garage rock and '90s-inspired indie stuff but genre isn’t the main concern. “If it's good, it's in consideration. I am not necessarily looking to work with artists [that] sounds like an act we already work with. I'd like to continue broadening our palette."
Artists/Bands Highlights: BBGuns, Flower Crown, Short Fictions, The Lopez, The Zells, Spooled Up (Baltimore), Eyebawl (Delaware)
Inspiration: "Friends Records (Baltimore) took a community-first approach, which I always admired in high school. Too Far Gone Records and Disposable America (both from Boston) showed me that you can really do this thing however you'd like... even if you are still in college. Captured Tracks (NYC) are the class act I look up to."
Info: craftedsounds.net. For submissions and label-related inquiries, contact Connor Murray at craftedsoundslabel[at]gmail.com.

"We’ve been doing our best since then," says Murray, the label's founder and manager. "I came to Pittsburgh in Fall 2016 for college, so I guess I was looking to just serve as a way for smaller artists to get their music on a limited physical format. There didn't seem to be too many people doing that at the time on the small side of things, so I guess it worked out for us, and we gradually established an HQ here over the years."

That HQ is located in Murray's room in Oakland. Crafted Sounds does not have a studio or an official location; it was started in his freshman year dorm room. It's a balance of his personal life and work that reaches beyond his living space.

"You end up writing emails late at night for various reasons because you work or have a class or see your friends and there is no other time in the day to do those kinds of things," says Murray. "I'd say it took about nine months of running Crafted Sounds for me to realize that I should probably be notifying various people about a record before it comes out. Dabbling in PR was a major stepping stone."

Crafted Sounds has since grown to more than 16 acts, both local and regionally; became a subsidiary of Mirsa Records; and expanded its focus to physical media production, digital distribution, PR, promotion, show booking, and "all kinds of random miscellaneous tasks."

"I've been playing with an embroidery machine lately [for merch]," says Murray. "I am trying to get better at that. I just bought an IKEA shelf to put a bunch of inventory and label stuff in. It takes up so much space."

Crafted Sounds is completely DIY and spans beyond merch and late-night emails. Murray hand makes all the cassettes on his tape-centered label.

"Hopefully in 2020 we will break into label-funded vinyl as well, but we will see. I think we focus on a hands-on, community-first approach, which is not always a preferred method of doing things," says Murray. "Sometimes people like to kind of be more stoic and sit behind the brand, but I just find the relationships I make with people to be the most fulfilling. ... Independent music is fueled by a labor of love. The moment this isn't fun anymore, I'm done. I am having fun right now though."