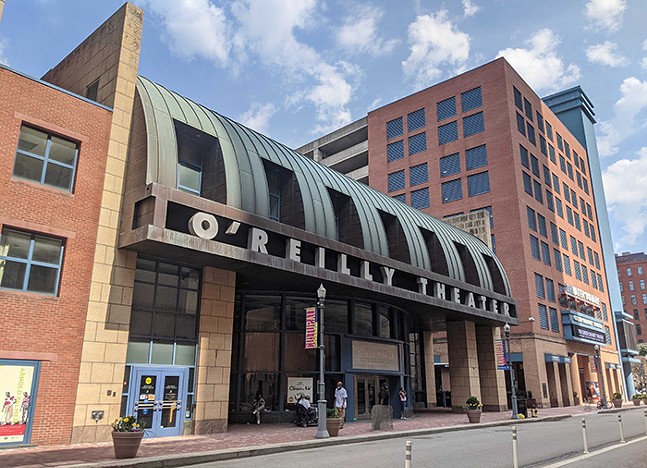 Gibson is a British theater-maker and poet who now lives in Philadelphia. She received a degree in Creative and Critical Writing from the University of Southampton, and she has worked as an actress, freelance journalist, and theater teacher. She was also the founding producing artistic director of Tiny Dynamite, a theater company that presents affordable, accessible plays.

Gibson’s play, When We Fall, is about Trina, a lonely woman who throws herself a birthday party, and Dalir, who senses the ache of loneliness in the air and decides to act. According to Gibson’s website, the play is “about learning to fly, telling stories, and finding friendship in unexpected places.”

The contest opened in November 2020 and accepted submissions from writers based in Pennsylvania, Ohio, or West Virginia. Plays had to have a running time between 60-120 minutes and a cast of no more than 10 actors, and the play must have not previously received a fully staged physical or digital production.

Over the course of three rounds, a cohort of local readers adjudicated submissions based on use of theme, effectiveness of plot structure, clarity of the playwright’s perspective and character development, and overall impact. Round 3 finalists were given feedback by the Pittsburgh Public Theater Writer’s Group, who selected Gibson as the contest winner.

When We Fall has also been named a finalist at PlayPenn Conference 2020 and New Works Festival at Kitchen Dog Theater, as well as a semi-finalist at Eugene O'Neill National Playwrights Conference and Premiere Stages at Keane. It was also awarded the Top 100 Verity Bargate Award from Soho Theatre in the United Kingdom and was long-listed for the Theatre 503 International Playwrighting Award.

Two finalists for the New Play Contest were also announced: Tlaloc A. Rivas for Take What You Can Carry, and Alex Earl for Dremann for The Cure.