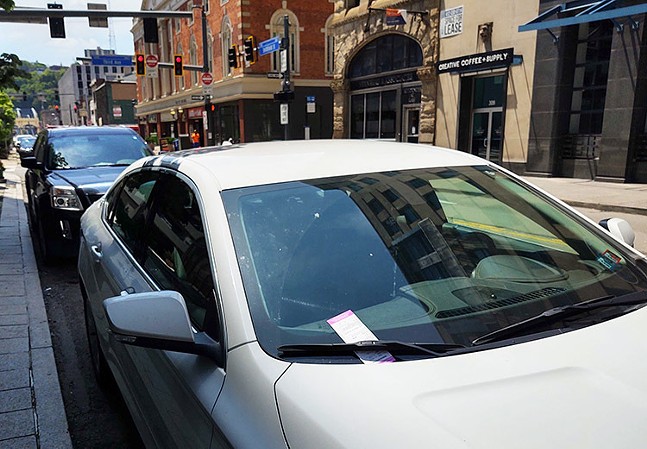 In an official tweet sent out on May 16, Pittsburgh Police announced that starting Mon., May 18, it will resume full parking enforcement for motorists who park illegally. That includes citing and towing cars blocking fire hydrants, wheelchair access, intersections, or entire lanes.

Currently, drivers parked illegally will receive no-fee Courtesy Warning tickets making them aware of the changes and giving them a chance to move their cars (see photo below). 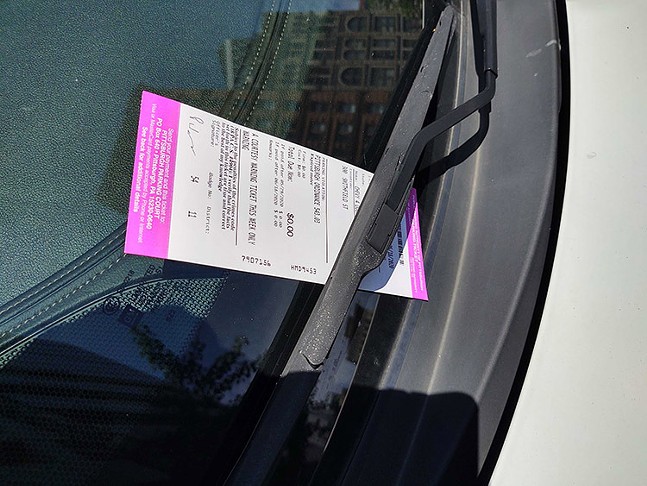 CP photo: Kevin Shepherd
A courtesy parking ticket left on a car window on Smithfield Street in Downtown Pittsburgh on Mon., May 18, 2020.
This reinstates parking restrictions that were relaxed in March as part of Pennsylvania Gov. Tom Wolf's stay-at-home orders. The decision comes after Wolf announced that Allegheny County entered the yellow phase, meaning that some businesses would be allowed to re-open as long as safety measures, such as the wearing of masks and social distancing, are followed.

In addition to illegal parking tickets, the City of Pittsburgh and the Pittsburgh Parking Authority (PPA) announced that enforcement of metered parking spaces in the Downtown Central Business District will resume on Wed, May 20.

“With the resumption of business activity allowed under Governor Tom Wolf’s yellow reopening phase, parking meter enforcement Downtown will allow for turnover in parking to support retail, restaurants and other businesses,” says a press release from the Office of Pittsburgh Mayor Bill Peduto.

It goes to say that, since parking enforcement was suspended, vehicles have remained in spots all day, leading to “complaints by restaurants that takeout customers were having trouble finding Downtown parking.”

To ensure customers will still be able to access takeout and curbside pickup services, the PPA will temporarily allow free metered parking for the first half-hour. To take advantage of this, motorists must still enter their license plate information into parking kiosks or on the Go Mobile PGH smartphone app. Individual cars are allowed one free parking session per day.