And other stories this week from Pittsburgh's food scene 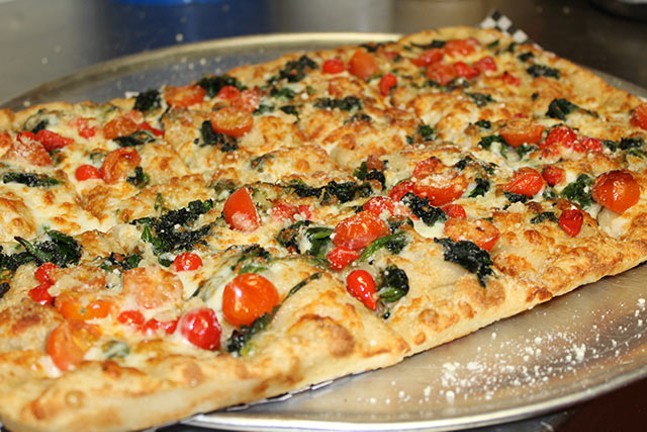 Pittsburgh’s pizza pros are headed to the big dance. Nick Bogacz, owner of Caliente Pizza & Draft House, and the local chain’s regional chef Eric Von Hansen are joining a team of pizza all-stars and taking their talent to Parma, Italy.

Bogaz and Von Hansen are now a part of the World Pizza Champions Team, a group of elite global pizza makers. The Pittsburgh chefs and 38 other members of the team head to the largest pizza competition in the world this April. Bogacz and Von Hansen are responsible for two competitions: “Pizza for Two” and “Pizza Triathlon e Gare per Nazione.” 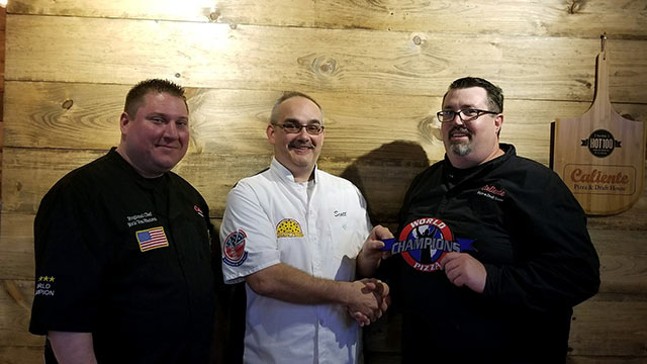 During the “Pizza for Two” event, the chefs create pizza elements without speaking. Von Hansen competes alone for the crown of Best Foreign Nation Pizzaiolo, in “Pizza Triathlon e Gare per Nazione.”

Taste the all-stars' creations for yourself! Caliente is represented across the city in Bloomfield, Aspinwall, Mount Lebanon, and Hampton.

In the midst of a government shut-down, Klavon’s Ice Cream Parlor is extending a helping hand. This weekend the shop plans to prepare care packages filled with bread, milk, eggs, and butter for families that use SNAP (food assistance programs).

SNAP payments, arriving earlier than usual this term, now have to last until March. In a Facebook post, the parlor writes, “If this is keeping you and your family up at night wondering if you can put food on the table, we're here to help.” Pick up is on Jan. 27, and Klavon’s requests that those in need call or email the shop (412-434-0451, klavonsicecream.com) to reserve a box. The ice cream parlor will also treat families with a SNAP ID to ice cream sundaes (up to four) during pickup.

The Downtown Bea Taco Town, located on Smithfield St., was ordered to close by the Allegheny County Department of Health.

A Jan. 22 health inspection noted wastewater disposal backing up in the basement of the restaurant. In addition, the restaurant failed to renew their health permit which expired on Sept. 18.

In late 2018, restaurant group Big Burrito announced their plan for a new eatery, the first non-Mad Mex establishment since 2004, according to Good Food Pittsburgh.

The new titled called Alta Via, is scheduled to open in Fox Chapel around mid-March. It will be a fusion between Italian and Californian and feature classic cocktails, a short wine list, and Western PA beers.

Comic lovers, leave IC Light behind at this year’s Comicon. 3 Rivers Comicon is continuing the tradition to brew an exclusive beer for attendees. This year the ‘con brew, a collaboration with ShuBrew craft brewery, is a Russian Imperial Stout brewed with maple and coffee.

Photo: New Dimension Comics
ShuBrew has been a 3 Rivers Comicon partner from the beginning. Comicon and its host New Dimension Comics even sponsored new equipment for the brewery in order to keep up with demand. The imperial stout will be canned and set to age, ready for the convention in May.

Pittsburghers go crazy for Oakmont Bakery. It’s consistently voted a city favorite, winning the title of Best Bakery at least two times in 2018. And there’s a good reason for the Oakmont craze. Everything — truly, everything — is delicious. Soon, the bakery is getting even bigger.

In February, just in time for Valentine’s Day, Oakmont Bakery plans to open a two-story expansion. The new space is only a mile and a half away from their current location and makes room for full-time cafe service, new ovens, and a few special treats. Keep an eye out for the grand opening!

Yes, you read that right. Mark your calendar — on Tues., Jan 29 starting at 4 p.m., McDonald’s is treating everyone, nationwide, to an hour of free bacon. Celebrate the return of meat to the menu! Fans of the yellow arches can get one order of bacon (two-and-a-half pieces) with any menu item.