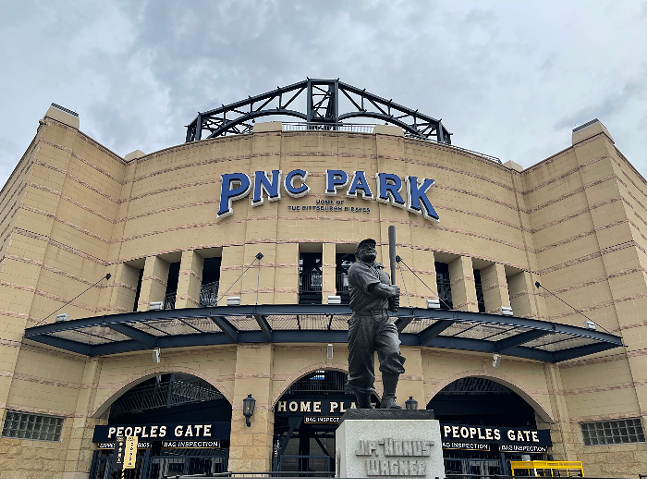 Big & Rich, the country music duo of Big Kenny and John Rich, is booked to headline the July 1 postgame concert at PNC Park, but John Rich’s history of homophobic and anti-vaccine tweets and comments are a point of contention to many on social media, including local writer Virginia Montanez and author and native son Brian Cuban, who is the brother of billionaire Mark Cuban.

Cuban and Montanez tweeted screenshots of Rich’s June 12 tweet, “Do you think Fauci will pick the top bunk, or the bottom bunk in his cell at GITMO? I think he’s a bottom bunk kinda guy,” referring to Dr. Anthony Fauci, the director of the U.S. National Institute of Allergy and Infectious Diseases. Both Cuban and Montanez expressed frustration with the Pirates’ decision to book Big & Rich. Montanez specifically pointing to Rich's anti-vaccine history in light of the Pirates working with Allegheny Health Network to host a vaccine clinic June 19.

“I love you, @Pirates, but I just keep getting angrier and angrier,” Montanez tweeted on June 26. “Allowing this is an insult to every AHN worker and volunteer you partnered with to distribute vaccines, and doing this during Pride month as well? I’m so disgusted.”


I love you, @Pirates, but I just keep getting angrier and angrier. Allowing this is an insult to every AHN worker and volunteer you partnered with to distribute vaccines, and doing this during Pride month as well? I’m so disgusted. https://t.co/d4iln8O1Cb

Montanez expanded in a reply to a comment on her tweet that, “It’s the hypocrisy displayed by the Pirates calling themselves vaccine partners and LGBTQ allies.”

Rich has a history of sharing anti-vaccine sentiments, including in a June 20 Tweet saying, “My kids will not be used for a lab experiment.” He also made a homophobic comments falsely equivocating gay marriage to incest. He later apologized after many gay employees at Warner Bros., the label to which Big & Rich is signed, expressed their disappointment over his comment.

A request for comment to the Pirates was not immediately returned.

During most of Pride Month, aka June, the Pirates social media profile photo was the logo in a rainbow pattern. However, that has since been changed to a photo of Pirates player Adam Frazier, which did coincide with Frazier being named a finalist for the MLB All-Star Game.

Cuban’s June 26 tweet shared similar disapproval of the Pirates’ decision while asking the Pirates, “Please tell me you didn’t invite this idiot to perform?” Both tweets received dozens of comments, many of which shared support of Cuban and Montanez’ view, although some expressed annoyance or dismissal of the issue with responses.


Hey my beloved @pirates Please tell me you didn’t invite this idiot to perform pic.twitter.com/Kv04FBMAkU