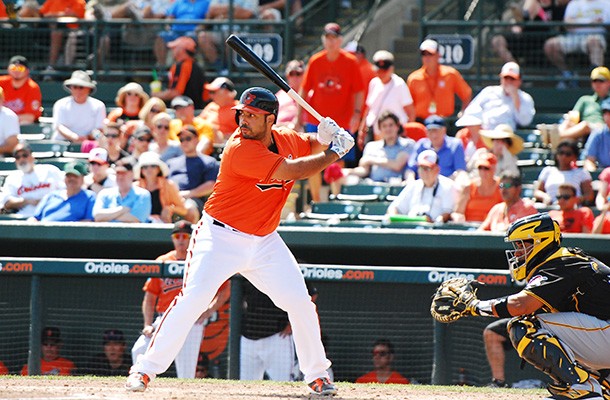 Photo by Charlie Deitch
Pedro Alvarez got his first look at his old team on Wednesday at Ed Smith Stadium in Sarasota, Fl.
Pedro Alvarez was barely recognizable on Wednesday. Between the Baltimore Orioles jersey on his back and the trademark beard removed from his face, he looked like a different player.

Pirates centerfielder Andrew McCutchen recognized him though and he wasn't too happy with what he saw.

"It was pretty awkward and weird. It just didn't seem right," McCutchen said before the Pirates Thursday afternoon game in Bradenton. "It's a game, you know, but I still felt like it was messed up because he's my friend. Before he was teammate, he was my friend." 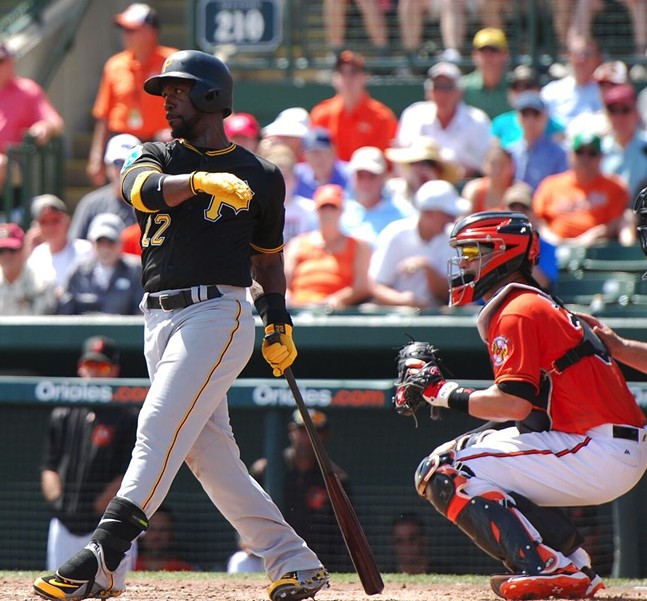 The Pirates released Alvarez in the offseason after five seasons in which he showed flashes of brilliance at the plate combined with bury-your-face-in-your-glove moments defensively. After committing 25 errors at third base in 2014, he had 23 errors last season as the team's converted first baseman. His power production was just too spotty to make up for the blunders in the field. While McCutchen says he wishes El Toro was still with the Pirates, he's glad he's getting a shot to play somewhere.

"I'm always going to be rooting for him, even though he's on another team," McCutchen said. "I'm going to miss him, but you can't help but be happy for him. But yeah, every time I see him with that jersey, it's going to be weird."

"I remember my first spring training. Me and a bunch of guys got together to play basketball a little bit," he recalls. "The next day, more than half those guys were gone, and I'd never seen anything like that in my life. I said, 'where'd they go?' and they'd been released. It happened that fast. And I've never seen those guys again.