“It’s our responsibility to give back.” 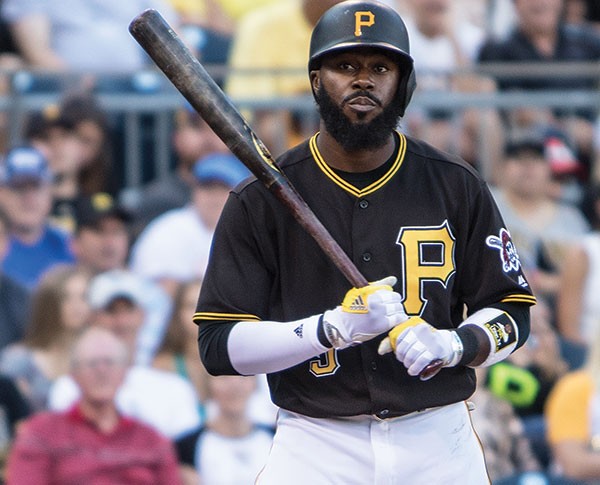 It wasn’t anybody’s fault that I didn’t get Josh Harrison’s phone call to my office last week. The Pirates were on the road as we were trying to connect to talk about the upcoming gala event to benefit the Josh and Brittney Harrisons for Hope Foundation.

We never had a solid time confirmed. He thought he was supposed to call, and I didn’t think he was. Just one of those missed connections. But since I didn’t get to talk to Josh on the phone, I thought, I’ll write about the event next time.

This year’s Base Ball fundraiser, according to the press release, raised more than $130,000 for the cause — providing clothing to low-income children from “cradle to college.” That made me realize something that I should have thought of a lot earlier: The story is not about the event, it’s about the purpose of the event.

As kids, my brothers and I probably fit the definition of “low-income children,” even though our parents did their best to make sure we noticed as little as possible. Thanks to budgeting, and the savior known as the Hills Department Store layaway department, while we didn’t have a lot, we had what we needed. Occasionally, there’d be teasing about brand names, but never too much or, truer still, more than I could handle.

However, I always noticed when others were teased. Even as a child, I remember an immense sadness seeing another kid teased because of their clothes. And even when kids tried to laugh it off, you could see the pain and embarrassment in their eyes. Maybe I could see it because it happened once or twice to me. Maybe I was bothered because I knew it was something the child couldn’t help.

I think that’s why I wanted to talk to Josh about the charity. He has celebrity status; he and his wife could be raising money for anything, but they chose this and I’m hard-pressed to think of a better cause.

“We want to let these kids know someone cares about them and wants to see them succeed. We’ve been blessed by the Pittsburgh community, and are grateful to call this city home. We feel it’s our responsibility to give back,” Josh Harrison said in the press release. His wife, Brittney, added that the goal of foundation programs like Back to School and Project Princess is “to give children the clothing they need to succeed and feel confident in school and in their daily lives.”

It’s tough out there for kids, and that’s why I decided to write about the charity even after the event. After all, you can still donate to the cause at www.joshharrison5.org. I still wish I could’ve talked to Harrison a bit about the charity. I wish we could’ve connected. Although in a way, maybe we did.