Jim Shooter learned to read from comic books. It was the '50s, and every supermarket in Shooter's hometown, Bethel Park, had its own quaint bookrack of heroes. Before entering the first grade, Shooter could spell "invulnerable," he recalls by phone from his New York residence.

Now, after working in the comic-book industry for 45 years, Shooter has gone back to the basics, writing plots for Dark Horse Comics that revive four iconic characters.

Shooter, a comic-industry legend and self-proclaimed pariah, began his career at age 13, the youngest writer ever published by DC Comics. He became editor-in-chief of Marvel at 27 and later co-founded Valiant. He was integral to the successes of each company, but was fired from both positions.

Fairly or not, Shooter has earned a reputation: He's known as a strict editor who has no time to sugarcoat and an amazing ability to burn bridges. He's also widely considered among the best of his time.

"These characters are really iconic, wonderful characters. They were created in the '50s and '60s, and at the time they were different than a lot out there," Shooter says. "It wasn't as sophisticated back then. A lot of people were still writing for 8-year-olds, but potential was building in these characters."

The comic industry has become more specialized, with more segmented audiences, but Shooter aims for a wide appeal. He's going back to the source material, keeping what's unforgettable, and making the rest a bit more realistic.

"I'm trying to make the science work. If a science-fiction writer or an adult reads it, they won't just be rolling their eyes," says Shooter, who visits Pittsburgh's Comic Book and Collectibles Show on Sun., Nov. 14.

While it's too early to predict the series' success, Shooter has high hopes for his current work -- and for the industry.

"I've been hearing about the demise of print media since I started in the '60s. We can provide entertainment no matter what format," he says. "But the unique thing about the comic book as a medium is that there's an intimacy. You can take it at your own pace."

Another advantage is what comics can leave out.

"In the movies when Batman sits down, you have the awkward moment where his butt's sticking out, about to hit the chair. You don't have that in comics," Shooter says. "You see him standing proudly and you see him sitting nobly. We can deliver a message with incredible power and deliver our story purely, and if you do it right, there's a movie running in the reader's mind." 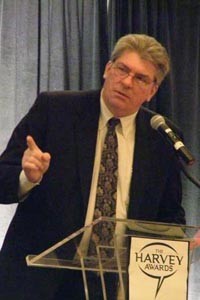