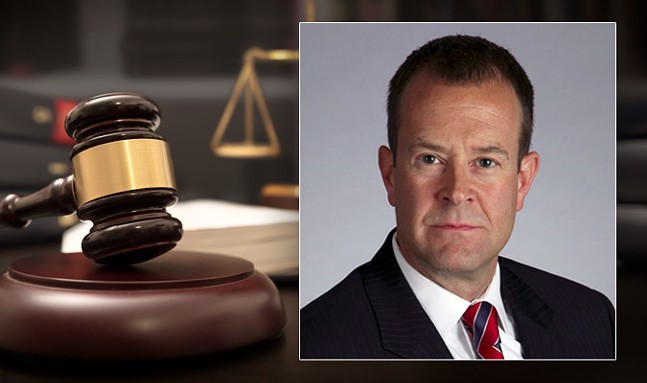 According to a complaint filed by defense attorney Joe Otte, Tranquilli made the comments in his chambers after the jury was dismissed. He spoke to Otte and Assistant District Attorney Ted Dutkowski and accused Dutkowski of not screening out potential jurors adequately. Tranquilli then “asserted that he knows that [the juror’s] 'baby daddy' probably sells heroin and that her presumed bias in favor of the heroin dealers had caused or contributed to the not guilty verdict,” according to the complaint.

Aunt Jemima is a character from minstrel shows of the late 1800s. The character is considered a sexist and racist depiction of Black slaves. According to KDKA, Dutkowski also wrote a memo about Tranquilli’s comments, saying he was “sickened” by them.

But the Pittsburgh chapter of the National Association for the Advancement of Colored People (NAACP) wants more action taken against Tranquilli, including possibly removing him from the bench and asking Pennsylvania Attorney General Josh Shapiro to look into his conduct.

“We urge the Judicial Conduct Board to conduct a full, transparent, and through investigation into Tranquilli, and impose appropriate sanctions, including, but not limited to his suspension and removal from the bench,” reads a statement from Pittsburgh’s NAACP. “Furthermore, we call for the Pennsylvania Attorney General to review Tranquilli’s record as an assistant district attorney for potential racially motivated misconduct.”

A handout sent to Republican households in 2013, according to northpghpolitics.blogspot.com
The NAACP said in its statement that keeping Tranquilli on the bench erodes the faith the community must have in local courts. The group called Tranquilli’s comments “racist” and say they show he can not be a fair administrator of justice.

“Justice has never been meted out equally for African Americans in this country, yet there is a long standing prohibition on excluding jurors based on race,” reads Pittsburgh’s NAACP statement. “Tranquilli openly yearned for a time before that prohibition was in effect, where the color of a juror’s skin was grounds for exclusion. There can be no fair administration of justice, when judges who are to be held to the highest of ethical standards display racist views.”

Last week, the Black Political Empowerment Project in Pittsburgh (B-PEP) called for Tranquilli’s immediate suspension. The NAACP, B-PEP, and Allegheny County Bar Association president Lori McMaster are also calling for an investigation of Tranquilli’s actions from the Judicial Conduct Board of Pennsylvania.

It's unclear if and how Tranquilli can be removed from office. He sits in an elected position and last won re-election in 2013.

In 2013, while running for Common Please Judge, Tranquilli sent flyers to Republican homes in Allegheny County touting his tough-on-crime record as a prosecutor. His flyers also highlighted his highly recommended rating from the Allegheny County Bar Association which read that Tranquilli had "the highest reputation for integrity and temperament."