It's a solid production of a familiar favorite. 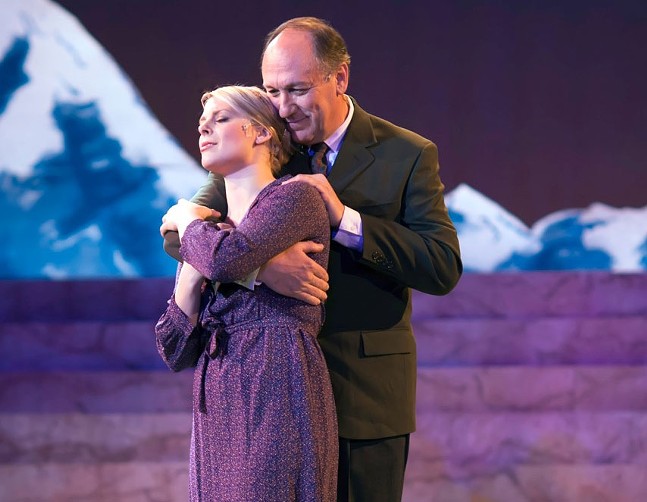 THE SOUND OF MUSIC

Pittsburgh is once again hooked on Nonnburg Abbey.

The Benedictine monastery in Salzburg, Austria, is where singing-nun wannabe Maria Augusta Kutschera raises hell when she's not climbing trees, scraping knees and warbling about the sounds of music, while her fellow sisters and Mother Abbess wonder if the poor postulate's penitence is real.

It's as real as The Sound of Music, the musical that Rodgers and Hammerstein actually refused to lock in a non-fictional trap by taking quite a few liberties with Maria's real-life story.

But that's not important here.

And it wasn't important when the musical became a hit of the 1959-60 Broadway season, sharing (with Fiorello!) the Tony for Best Musical. A larger audience came to know the musical years later, when the Oscar-winning film version starring Julie Andrews and Christopher Plummer was released.

And now the show is back in town, cloistered at the Byham, courtesy of Pittsburgh Musical Theater.

It's a solid production of a familiar favorite with familiar tunes, though the program forgets to list "I Have Confidence" and "Something Good," two exceptional songs written for the film. The program also claims that the production is "based on [a] novel by Amanda Brown." I have climbed every mountain available on Google looking for more on the mysterious woman and have come up as empty as the Nazis at the conclusion of the Salzburger Festspiele.

Lara Hayhurst and Jeff Howell give sound portrayals of Maria and the Captain, though it is Billy Hepfinger's dandy take on the fictional Max Detweiler, the family's music director, that is the highlight of the show.

The production boasts two mortal sins. First, the decision not to have messenger Rolf wear a Nazi armband during one of the second act's more critical points is puzzling and perplexing, since the moment still shocks.

And then there's the set. Or lack of one.

Peaks of snow-covered Alps peek over a faux marble staircase that serves as the locale for the abbey, assorted bedrooms, a backyard garden, a church ... you get the idea. Here, The Sound of Music hits a flat note and is not one of our favorite things.