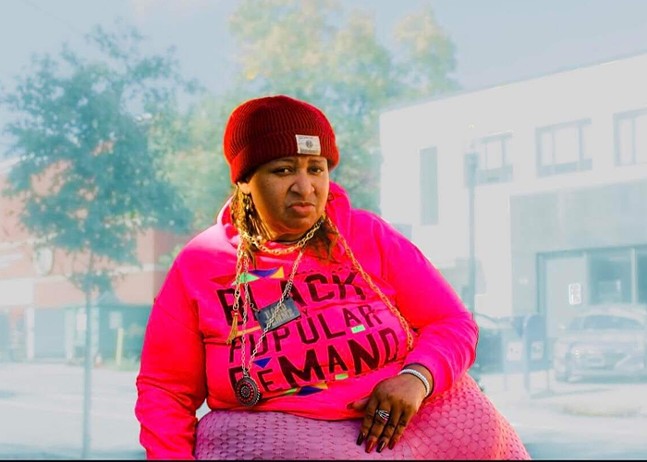 Friends and family are mourning the death of local activist and community organizer Celeste Scott.

Brittani Murray, a close friend of Scott’s, announced her death on Facebook earlier today, writing that Scott “passed away suddenly this morning.”

Scott worked at Pittsburgh United as an affordable housing organizer and is remembered by those close to her as a powerful and committed advocate for justice. In her own words, as “a historically poor Queer Black femme who has been serially evicted and through a lot as a single mom,” Scott was driven to help people facing similar structural barriers.

Local leaders, including Pittsburgh Mayor Ed Gainey, have celebrated her contributions to the city in public statements.

“Celeste was not only a tireless advocate for affordable housing – resulting in the creation of Pittsburgh’s Housing Opportunity Fund – but a celebrated community leader known for her kindness and generosity,” Gainey tweeted earlier today.

In her Facebook post, Murray writes of Scott’s deep commitment to supporting Black life in Pittsburgh and the strength of her positive influence on others.

“Celeste raised most of us into the activist we are today,” Murray writes. “Celeste uplifted and championed every fabric of what it means to have a Black life in Pittsburgh and supported every intersection of that life. She loved our children, endlessly. She fought for our children, daily. There really are no words to describe all of the people whose lives she touched and who, through her efforts, lives were made better. She has positively, tangibly changed the lives of thousands in this city through her tireless work and activism. She loved her people fiercely and she showed up, in ACTION, every minute of every day.”

In addition to her work for housing justice, Scott also served on the board of the Black and trans-led organization SisTers and organized with many local groups including New Voices Pittsburgh, the Alliance for Police Accountability, and others.

“You had the backs of all trans people of Pittsburgh and around our region, especially us black trans women and girls,” writes SisTers founder Ciora Thomas of Scott. “I am forever grateful for your life and your sacrifice and the fight it took for you to exist within a place that worked you to death.”

Scott, 46, was found unresponsive in her home on Wednesday. The cause of death is not yet known, and the county police are investigating, according to the Allegheny County Medical Examiner.

SisTers PGH has started a GoFundMe to support Celeste's family to pay for Celeste's funeral, wake, and community memorial as well as family living expenses.