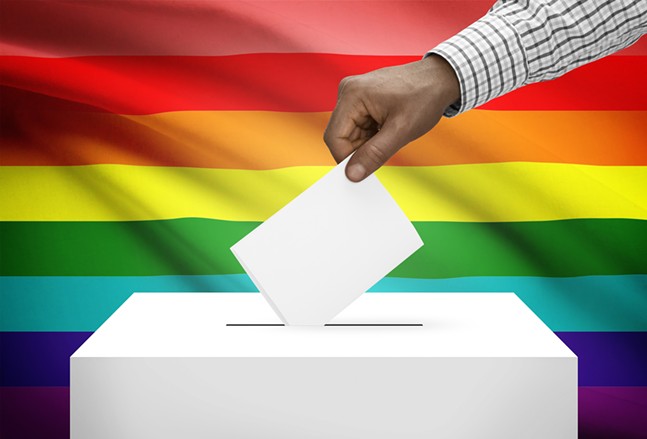 The Pittsburgh region's biggest LGBTQ political group has weighed in on several state and federal races for the 2020 season. And in a state that consistently ranks in the bottom tier for LGBTQ rights, the decisions on which candidates who will champion LGBTQ causes are crucial.

On Sunday, the Steel City Stonewall Democrats (SCSD) announced their endorsements of local candidates ahead of the April 28 primary election in Pennsylvania. The organization advocates for candidates with strong stances on LGBTQ issues. Candidates seeking the endorsement fill out a questionnaire about their stance on various LGBTQ issues and legislation.

“At a time when LGBTQ+ justice has won mainstream support within the Democratic Party, we reject the notion that our movement ended with marriage equality,” says Mark Ptak, media chair of SCSD. “From fighting to end the violence experienced by trans women of color, to working with Allegheny Council to finally ban conversion therapy, to promoting the availability of PrEP and inclusive health care, our focus today is ensuring that our most vulnerable communities have a voice to keep candidates and politicians accountable.”

For the U.S. House of Representatives, SCSD endorsed incumbent U.S. Reps. Conor Lamb (D-Mt. Lebanon) and Mike Doyle (D-Forest Hills). Lamb is the only Democrat on the ticket for his district, but has a Republican challenger in Sean Parnell, a frequent guest on Fox News. Doyle has a challenger in Democratic candidate Jerry Dickinson, a University of Pittsburgh law professor, who is slightly to the left of Doyle on some issues.

SCSD, a local branch of a national coalition of similar organizations, gets its name from the Stonewall Inn, a New York City gay bar that became an important location for LGBTQ activism in the ‘60s and ‘70s. It’s process for endorsements includes a questionnaire with an accompanied filing fee, and voting from the organization’s membership, who convened on Sun., Feb. 9 to vote on which candidates would receive endorsements. Candidates are invited to the endorsement meeting to make the case for their endorsement.

“The past four years have been a setback for us at the national level, but we’re here to remind those running for office that we’re not a vote to be taken for granted if we’re going to close this chapter on far-right bigotry and corruption,” says Ptak. “The LGBTQ+ community extends across black, brown, Jewish, and Muslim communities bearing the brunt of an explosion in hate crimes, and refugees turned away at the border despite fleeing homophobic and transphobic violence.”

The questionnaire included a question asking whether or not candidates support banning conversion therapy, legislation prohibiting the “panic defense” in court (in which perpetrators of violence use as a defense the shock of learning about a victim’s gender or sexuality), and easier access to PrEP, a drug that helps prevent HIV.

“We’re fortunate to have an incredible slate of endorsed candidates – several of whom are openly queer – ready to take up that fight,” says Ptak, “and we’re ready to do everything in our power to make this a watershed election year for pro-equality Democrats.”