Pittsburgh Left: There’s a difference between remembering history and honoring it

Apparently, the only people to suffer for Jefferson Davis’ actions are the black students forced to attend high schools named in his honor 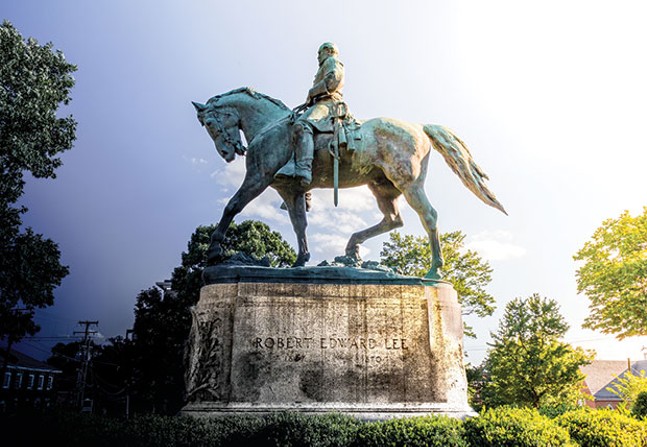 Without a doubt, one of the most unforgettable moments in contemporary American history is the 1963 assassination of President John F. Kennedy in Dallas.

If you go to Dealey Plaza, where the crime occurred, there are a lot of memorials marking that horrible occasion. You can even visit the Sixth Floor Museum in the former Texas School Book Depository. That’s the spot from which JFK’s killer, Lee Harvey Oswald, fired his rifle at the president, seated in an open-top convertible driving through the plaza.

Go to this museum and you can look at the exhibits — photos, films and other collections that detail the tragedy. You’ll even find information about Kennedy’s killer. In the blocks surrounding the museum, there are other memorials to Kennedy, including a bronze statue located outside of the Hilton Hotel where Kennedy had stayed the night before he died.

But one thing that you may be surprised isn’t located anywhere in the city is a statue of Lee Harvey Oswald. Not one. Let’s be honest: This moment in U.S. history wouldn’t have been possible without Oswald, yet no one saw fit to erect a statue to commemorate his role. Perhaps a statue of Oswald kneeling, rifle in hand, lining up the shot.

Sound ridiculous? Of course, it’s ridiculous. It’s as ridiculous as having a statue of Martin Luther King’s assassin, James Earl Ray, outside the former Lorraine Motel in Memphis (now the National Civil Rights Museum), where King was gunned down. It’s as crazy as putting up a statue of Timothy McVeigh in Oklahoma City. It’s a thought so absurd that it’s not even worth talking about, even as a hypothetical, right?

Apparently, though, it is — because when you defend keeping the statues of Confederate “dignitaries” like Robert E. Lee, Stonewall Jackson and Jefferson Davis, you’re making that argument. Lee was a domestic terrorist. So were Davis, Jackson, P.G.T. Beauregard, Joseph Johnston, Alfred Mouton and the rest of the Confederacy. They weren’t fighting for some now-romanticized Southern way of life, which involved sitting in a rocking chair on the front porches of their plantations, sipping mint juleps and watching the sunset with an old hound dog at their feet. They were fighting to keep the right to continue owning and brutalizing the black slaves working in their fields, so they could maintain their actual way of life and, more importantly, the South’s economy.

At this point, we know the reasons why the statues were erected decades after the Civil War and well into the 20th century. They were built so the Southern terrorists could save face after their jihad was put down. They were also erected to make sure free black Americans were reminded that they weren’t really free, thanks to Jim Crow.

Former Confederate President Jefferson Davis has countless statues in his image. But let’s put him in context: He led a Southern secession from the United States, then launched an attack on this country. He led an uprising so he could keep slavery legal — and he lost. He was charged with treason, but never stood trial; he was pardoned in 1868. A man who once said that blacks were “inferior, fitted expressly for servitude” has his name on many high schools throughout the South, including one in Montgomery, Ala. That school has a student population that is 92 percent African American and they have to sit daily in a building named after a man who believed they were “inferior.”

Before secession, Jefferson Davis and Robert E. Lee did serve the United States faithfully. But I will never be able to put them on a higher plane than terrorists like McVeigh, Eric Rudolph, Dylann Roof or even Osama bin Laden. These men are remembered only for their attacks on this country. But, really, the same holds true for Confederate soldiers. Benedict Arnold was one of the greatest soldiers in this nation’s history but we don’t honor him for that, we rightfully revile him as a traitor.

Confederate history shouldn’t be erased, but it certainly shouldn’t be honored. The defense of these statues is often tied to the white supremacists, KKK members and neo-Nazis that we saw in Charlottesville. But our president tells us that there were “very fine people” out there in favor of keeping these statues. And while those people may not have been yelling racial slurs and committing vehicular homicide on innocent counter-protesters, their inability and unwillingness to see why these statues are vile are as big a part of the problem as the people who were.