Pittsburgh Left: Our paper may be alternative, but our facts are on the money 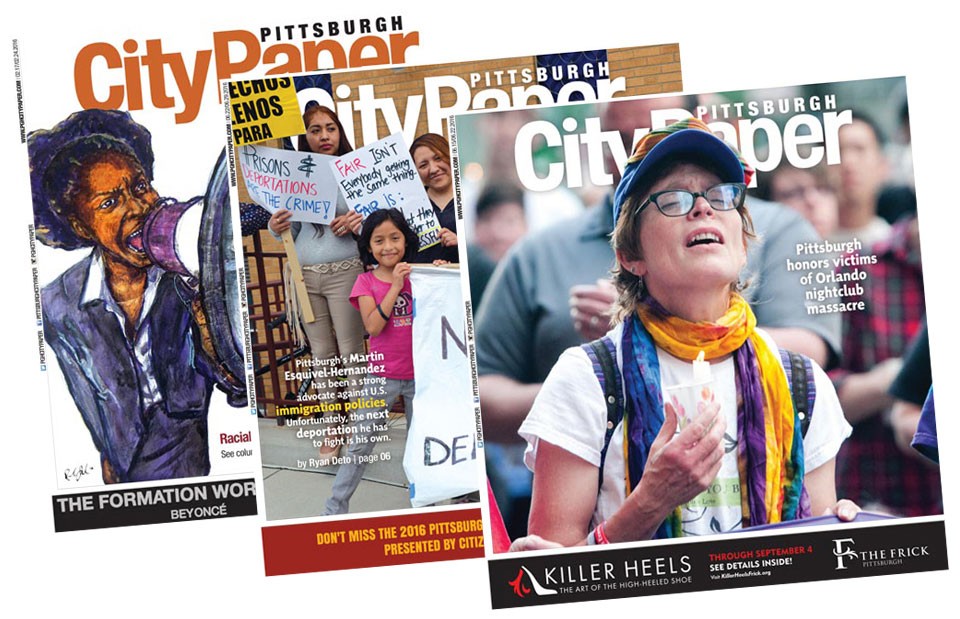 Early in my journalism career, I was working on a story involving a dispute between two parties (the details escape me), and my editor at the daily newspaper told me to make sure I got both sides of the story. Sounded reasonable enough. I vaguely remembered that being on a test or two in college.

After getting quotes from all parties involved, I realized that some of the claims and numbers given by one side didn’t make sense, seemed arbitrary and couldn’t be verified. I brought this to my editor, and he told me to print it anyway — as the person said it — because both sides were “entitled to have their say.” This editor wasn’t alone. I’d hear that instruction off and on at dailies I’d work on for more than 10 years.

In 2000, I got a job with In Pittsburgh News Weekly, the now-defunct competitor of City Paper. Like CP, it was an alt weekly, and I quickly learned a new, and I think better, way of doing things. We’ve always operated differently from daily papers. We are able to devote more time to the stories we write about, and we’re able to take a more in-depth look at things. We also are more willing to look into or talk about issues that other media outlets, for one reason or another, won’t. Some of our best stories have come from people who said they couldn’t get anyone at bigger papers or TV stations to help them.

But there’s also another significant difference between us and other media outlets: Our goal isn’t to be “fair and balanced”; we’ve also never pretended it was. Our goal, as it is with most alt weeklies, is to be factual and thorough. We try to talk to as many people as we can when we do a story to make sure we understand the issue we are writing about and to present all valid arguments.

We don’t, however, seek out opinions on the other side of an issue when the only purpose is to create an illusion of so-called fairness.

There are some people, for example, who don’t believe in same-sex marriage because it goes against their religion. There are some people who believe that gender is defined by sexual organs. There are people who believe that the Confederate flag is an expression of heritage, not hate; that climate change is phony; and that the police are justified in all circumstances. But years of study and real-world examples have proven that these opinions are backward, invalid or ignorant. We do more of a disservice to readers by allowing uninformed, small-minded opinions to pass as facts.

However, that doesn’t mean that we ignore arguments that are counter to our own philosophical beliefs; quite the contrary, actually. I’ve written my opinion many times on the need for gun control, for instance. But when we do these stories, we talk to all sides, because it’s a conversation worth advancing to perhaps reach a solution to a serious problem. By the same token, if a legislator’s argument to mitigate school shootings is to arm teachers, we have an obligation to both report their side and point out to the public how utterly insane that is.

Just because there’s more than one side to an issue doesn’t mean each is equally valid. If one side is more right or more wrong than another, it’s our job to present the facts and point that out.

Which brings us to our illustrious President Donald Trump. On the campaign trail, he told so many lies that it was hard to keep track. Media outlets who have spent decades using the “he said, she said” approach to reporting began to take a different approach. After Trump took office, he continued to misrepresent the truth, and more of the press began directly calling him out on it. He declared us an enemy of the people. But we’re not; we’re not even his enemy. We’re also not his friend.

And as an alt weekly, CP is even less of one. Donald Trump changed the way that many media outlets report the news. But this isn’t new to us. This is how we’ve always done it. We are a progressive publication that has created a niche in the newspaper industry by doing things differently. Our reporting is complete and, most importantly, factual. That’s what people like Donald Trump need to learn. Just because you disagree with what we say doesn’t make it any less true.

Our paper is alternative, not our facts.