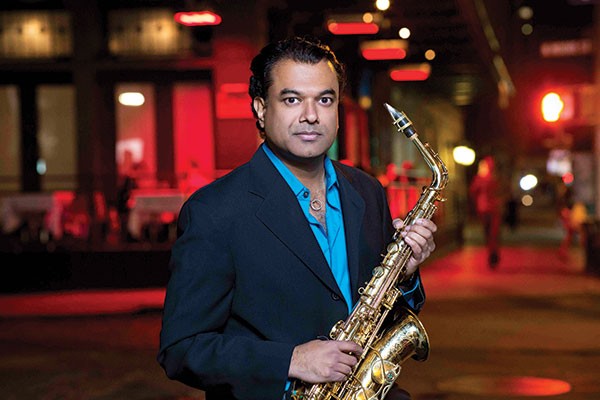 Editor's note: As of Thu., June 6, Chaka Khan is no longer playing Pittsburgh JazzLive International, due to health issues.

It started with a conversation at a barbecue. Janis Burley Wilson, vice president of education and community engagement and director of jazz programs with the Pittsburgh Cultural Trust, was talking with a group of local jazz musicians about the need for a jazz festival in the city. The Mellon Jazz Festival had dried up in the early '00s. But Wilson had initiated the Jazz at Katz Plaza summer concert series, which expanded to year-round with the opening of the Backstage Bar/Cabaret Theater. So there must be something she could do, her friends said.

After a think-tank meeting, grant proposals and trips to other festivals, Wilson launched the Pittsburgh JazzLive International Festival in 2011. In that time, it's already drawn attention beyond the city limits for an impressive list of national acts, and a vibe that that no less than Downbeat magazine called "intimate, laid back and inviting."

A quick look at the bill of some national festivals shows that many have "jazz" in the name, but a schedule that leans more towards R&B. Wilson is careful to avoid that. "When I think about jazz, I think about improvisation, so any kind of music that has any improvisation, as far as I'm concerned, is inspired by jazz," she says. "But we will never get to the place where we have just a little bit of jazz here and then something else to get this huge crowd. I don't want to do that." This year's bill runs from popular acts like bassist Marcus Miller and vocalist Chaka Khan — who is known for her R&B hits, but who has also crossed over into jazz — to more progressive players like saxophonist Rudresh Mahanthappa and drummer Allison Miller.

The three-day festival also avoids focusing heavily on past and present Pittsburgh natives, which would make the event an insular salute to the city. "It's a Pittsburgh festival," Wilson says, "but we reach out and get other people from other places that have large networks of people and influence, so that we can get this festival on a national scale, and ... able to measure up to these festivals all over the world."

When there is a salute to a native son, it's done with a modern twist. Trumpeter Sean Jones, the festival's artist-in-residence, has been commissioned each year to premiere a new work with a local theme. This year, he'll salute drummer Roger Humphries, in a band that includes Humphries, who has been a mentor in the city for decades. "I've charged Sean with making [Humphries] do something a little different," Wilson says. Al Bright, a nationally known painter from Youngstown, Ohio, who has created canvases inspired by jazz for more than four decades, will create a piece during the Humphries performance as well. (Bright currently has an exhibition at 709 Penn Gallery.)

Wilson has been encouraged by the feedback she's received in past years, especially from musicians. "What makes me feel really good is that people that know this music thought the lineup was really great," she says. "So that made me feel like we're doing a good thing." The entire schedule — featuring a Jazz Crawl on Friday, and jam sessions each night — can be found at www.pittsburghjazzlive.com.

Alto saxophonist Rudresh Mahanthappa last visited Pittsburgh in 2008, during the Pittsburgh International Festival of Firsts. He debuted Samdhi, a progressive blend of South Indian music, electric and acoustic jazz, which was released on CD two years ago. For his latest album, Gamak, he takes a broader view on how to approach melody.

"In the West, melodic ornamentation is kind of secondary [in a composition] in a lot of ways, but that's what gives music its personality," he says. "That's how we know Beyoncé is Beyoncé and how we know Hendrix is Hendrix. It's something that permeates how a melody is communicated. And it's something that occurs in music from all over the world.

Much of Gamak's strength comes from the musicians. Longtime collaborators François Moutin (bass) and Dan Weiss (drums) navigate the challenging grooves and still swing hard. Guitarist David Fiuczynski adds to the sound with a double-necked guitar that allows him to jump from blues slides on the fretted neck to scales closer to Indonesian music on the fretless neck. He often does this in the space of one track.

On top of that, Mahanthappa plays with an often staggering technique, able to execute lines of great complexity at impressive speeds. The crisp opening of "Waiting Is Forbidden" sounds like nothing less than a call to arms. When asked how he feels about his chops, Mahanthappa remains modest. "I think it's a matter of perspective," he says. "I'm trying to figure out how to find a balance and ... how to pace myself."