Local talent is central, but the scope of the festival is much greater. 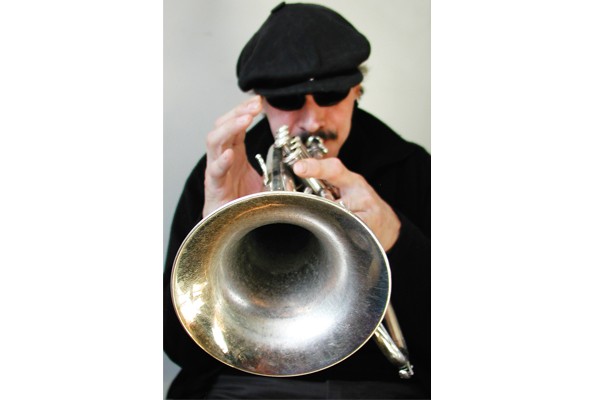 Editor's note: The print edition of the paper mentions Jerry Gonzalez and the Fort Apache Band playing Saturday; that's incorrect. That show is Friday, June 1, at the Cabaret at Theater Square.

Pittsburgh has a rich history as a jazz town — and if Janis Burley Wilson has her way, the Pittsburgh Jazz Live International festival is going to figure prominently in that narrative. The festival, which began last year, is expanding to three days of performances this year, and hoping to bring in aficionados from all around.

Burley Wilson, the Pittsburgh Cultural Trust's vice president of community engagement and director of jazz programs, came up with local jazz — her family was involved in running a jazz club for a time — and found it easy to spearhead the Trust's Jazz Live program, which began in 2003, with Tuesday-evening shows in Katz Plaza. ("It was just" — she pantomimes dialing the phone — "Dwayne, what are you doing on Tuesday night?" she explains, referring to bassist Dwayne Dolphin. "Would you like to play a show?")

Jazz Live International takes that idea to the next level: Local talent is central, but, as the name implies, the scope of the festival, which opens Fri., June 1, is much greater. "In all of the programming we do," Wilson says, "we're focused on connecting with the local community. Here we want to mix up what's happening locally with what's happening nationally and internationally."

So, alongside local fixtures like Poogie Bell, Roger Humphries and Sean Jones, the festival features performances by Pittsburgh ex-pats like Jeff "Tain" Watts, and bigger figures, from The Average White Band and Lalah Hathaway to Jerry Gonzalez and the Fort Apache Band.

Gonzalez cut his teeth playing congas alongside Dizzy Gillespie in the '70s, and formed the Fort Apache Band while still playing with the likes of Jaco Pastorius and Tito Puente in the '80s and into the '90s. In 1988, the band hit it big with Rumba Para Monk, mixing Latin rhythms with the work of Thelonious Monk. In 2005, the band's Rumba Buhaina paid tribute to Art Blakey.

It's a rare appearance for Fort Apache — a recent set of shows at the Blue Note in Manhattan was noted in the New York Times, and a Pittsburgh date is nearly unheard of. Burley Wilson says getting Fort Apache was a coup, not just for the festival but for the other musicians involved.

"The other musicians are really excited about that —that [booking] was kind of for them," she says. "This is an experience for them, seeing this really rare appearance."

Gonzalez and The Fort Apache Band play Fri., June 1, at the Cabaret at Theater Square, in one of the festival's indoor, ticketed events. (Tickets are $38.) Many of the other performances, though, are free. Also taking place Friday night, the Jazz Live Crawl features 160 local musicians playing at bars, restaurants and galleries throughout the Cultural District. On Saturday and Sunday, the outdoor stages on Penn Avenue and Ninth Street feature music all afternoon from the likes of Sean Jones, Jesse Fischer & Soul Cycle, and Lalah Hathaway.

The lineup ranges from household pop names like Hathaway and The Average White Band to less-well-known acts. "I wanted to have variety," explains Burley Wilson. "Anybody on the street could find something that they like."

With a diverse lineup stacked with talent, she's likely right — and the festival is likely to have a bright future.