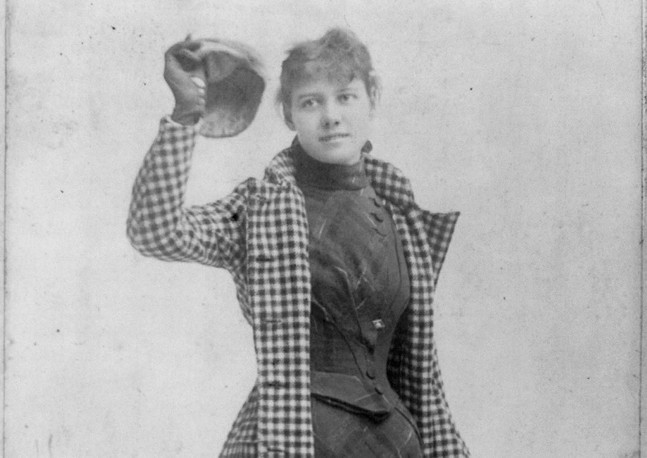 Photo: United States Library of Congress
Nellie Bly, 1890
At the turn of the 20th century, Pittsburgh-born Nellie Bly paved the way for women in journalism. To celebrate Women’s History Month and the 100th anniversary of women’s suffrage, Pittsburgh International Airport will honor Bly's legacy with the unveiling of a lifelike statue in its terminal.

Presented in partnership with the Heinz History Center and the Allegheny County Airport Authority, Bly will become the third figure on display in the terminal, in addition to Pittsburgh Steelers running back Franco Harris and first U.S. President George Washington. Bly’s figure is expected to be installed in the airport’s Airside Terminal later in March.

In conjunction with the new Bly statue, the History Center also launched Women Forging the Way, a slate of programming focused on women’s history going on now through May 7.

Bly was born in 1864 as Elizabeth Jane Cochran near present-day Burrell Township in Armstrong County. She began her journalism career as a reporter for the Pittsburgh Dispatch, focusing on the lives of working women, particularly factory workers.

From there, she worked for New York World and pioneered a new era of investigative journalism by going undercover at the New York City Mental Health Hospital on what was then Blackwell’s Island. The resulting article, "Ten Days in a Mad-House," documented Bly being subjected to a variety of shocking abuse, including being stripped and forced to take ice baths and being served spoiled food, and witnessing nurses choking a fellow patient. The article made Bly famous and led to investigations and government reforms that improved life for mental patients at the institution.

In 1889, Bly solidified her place in history when she vowed to travel the world in fewer days than those traveled by the fictional character, Phileas Fogg, in Jules Verne's novel Around the World in Eighty Days. Going mostly by steamships and railroads, she completed the journey in 72 days.

Before her death in 1922, Bly also covered World War I as one of the first U.S. female war correspondents and became a patented inventor.

“Pittsburgher Nellie Bly was the world’s greatest traveler who made history as an innovative journalist and staunch advocate for women’s rights,” said Heinz History Center president and CEO, Andy Masich. “It’s fitting that we’ll honor her legacy with a new lifelike figure where millions of travelers can learn her story.”

Is the Pittsburgh airport building up a flight bubble?