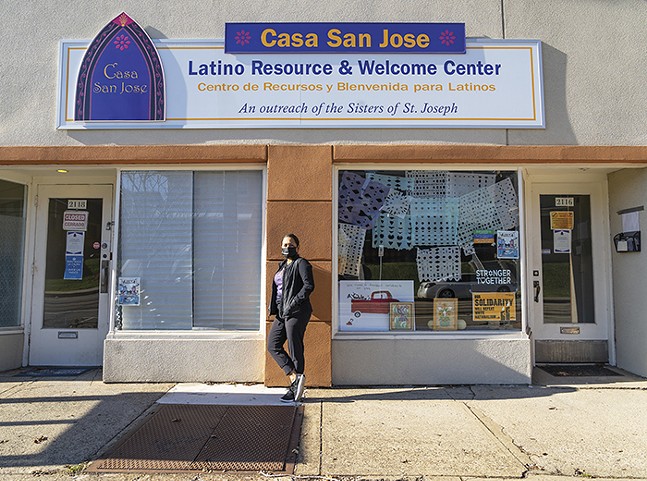 Casa San José director Monica Ruiz tells City Paper the group intends to move their office down the street from their current location Beechview if the sale is approved. Beechview is home to a small, yet quickly growing, Latino community and includes a concentration of immigrant-run businesses. If the URA approves the purchase of the building at 1602-1606 Broadway Ave., Casa San José intends to renovate the space into their new office and a community gathering space.

"The growing Hispanic community is so grateful for the dedication that Mayor Peduto has and continues to display to our community,” said Ruiz in a press release. “He has been a champion on immigrant rights and inclusion. This building is just one additional way he has proven his commitment to our communities.”

If it approves the sale, the URA will sell the property to Casa San José for $1 plus costs, according to a press release. Casa also has auxiliary offices in East Liberty, Ambridge, Mooncrest, and Washington County.

Other changes to the property on Broadway Avenue include adding an elevator and other additions that will make the building ADA-compliant. An estimate of how much the revitalization project will cost has not yet been made public.

According to the city in a press release, Pittsburgh allocated $1 million of American Rescue Plan funding through the URA, and Casa San José expects to raise the additional funding for the project.

Additionally, in August, the URA approved a lending program for Avenues of Hope, revitalizing business in seven historically Black city neighborhoods. Applicants will be able to borrow up to $200,000, with no payments for the first 20 years for commercial real estate.