Checking in with John Schalcosky of The Odd, Mysterious & Fascinating History of Pittsburgh 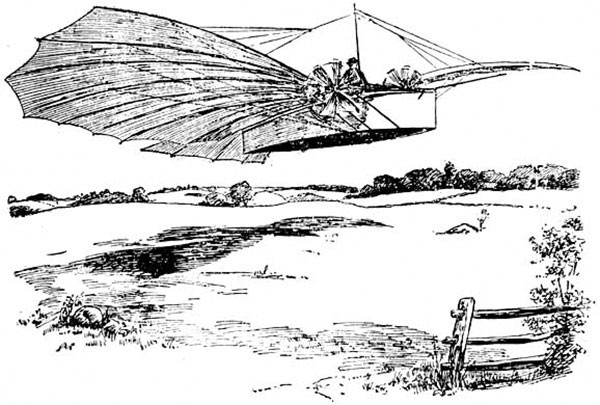 Line drawing depicting Gustave Whitehead’s Aug. 14, 1901, flight of “one half mile,” which accompanied a full-page report of an eyewitness account published in the Bridgeport Sunday Herald, Aug. 18, 1901

A skeleton key to the Schenley Hotel. Blueprints for a new jail from the 1920s. A token from the 1877 Pittsburgh Exposition. Souvenirs from the Duquesne Garden and the Schenley Park Casino. An original 1795 map of Pittsburgh. These are just a few of the nearly 100 historical artifacts owned by John Schalcosky, a 33-year-old Ross Township resident who runs the Facebook group The Odd, Mysterious & Fascinating History of Pittsburgh.

There was a time when discussions of Pittsburgh’s history were reserved for historical societies. Now, they’re the stuff of online forums and Facebook pages: To date, Schalcosky’s group has more than 50,000 followers.

But that’s not the only destination for local and international enthusiasts interested in Pittsburgh’s history. This year, Pittsburgh celebrates the 200th anniversary of its incorporation, and last week Schalcosky and other local historians showcased their artifacts at a celebration marking the city’s birthday, on March 18, at the City-County Building. It was just one of the dozens of events planned for the rest of the year.

Pittsburgh-area native Schalcosky first developed a passion for history after moving to Los Angeles, in 2001. There he saw a number of historical structures falling into disrepair. When he moved back to the Pittsburgh area, in 2007, he noticed his beloved city was also home to many historical gems.

“I started doing the local North Hills stuff because I was interested in what was in my own backyard, and then I started branching out into the whole town,” says Schalcosky. “Being born here, I kind of took it for granted. I never really delved into the history until I started uncovering strange and interesting stories I’d never heard before about the history of Pittsburgh.”

Schalcosky discovered one of his first weird bits of history when researching Native American populations who occupied the region before Europeans came. Looking at the tribes responsible for the names of Pittsburgh’s three rivers, the historian stumbled across a local urban legend: giants.

“There’s an old legend of this race of people who lived in Western Pennsylvania that were giants. I thought, every culture and religion has these stories about giants, so it can’t be true,” says Schalcosky. “But then I started digging into some of the newspaper archives in Pittsburgh and sure enough, in 1898 a curator at the Carnegie Museum was out on a dig and found a nine-foot-tall person.” (CP checked with the Carnegie on this curious episode, but the museum was unable to provide more info by press time.)

Schalcosky’s expertise has earned him a major role in Pittsburgh’s preparations for its bicentennial, like the still-unsuccessful search for a long-hidden time capsule in the City-County Building. With his genealogy background, he was able to help the city track down descendents of all of Pittsburgh’s mayors. Those descendents will gather in the city in July.

That effort reminds Schalcosky of one of Pittsburgh’s strangest mayors: Joseph Barker, who was elected while serving time in jail after inciting anti-Catholic riots. He was freed in 1850 and went on to serve as mayor for one year, but was not re-elected.

It’s a lesson that Schalcosky hopes will resonate today, especially in light of current events like the presidential primary, where vitriolic Republican candidate Donald Trump has become his party’s likely nominee.

“Once [Barker] got elected mayor, he formed his own militia and got rid of the Pittsburgh police force. The judge who put him in jail — he ended up putting that judge in jail,” says Schalcosky. “When you research people like this, you see that this is something that really happened in Pittsburgh. And history can repeat itself.”

But beyond the serious lessons history offers Pittsburgh and the world, Schalcosky says it can also be a source of pride that extends beyond the wins of your favorite sports team. According to Schalcosky, Pittsburgh is home to a lot of firsts, including the much-debated first flight, which some historians claim actually occurred in Pittsburgh, courtesy of one Gustave Whitehead.

“In December of 1899, he successfully flew an airplane in the city of Pittsburgh,” says Schalcosky. “It’s a legitimate [cover-up]. It’s pretty insane. Me and a team of people across the world have been researching this guy, and we were able to uncover 80 to 100 newspaper articles that all talk about him flying.”

And it’s interesting controversies like these that Schalcosky hopes will be exposed by the bicentennial and sustain interest in the city’s history.

“It takes ambassadors like myself and many others to bring that knowledge to life. And Pittsburgh’s anniversary has given us the opportunity to do that and really spread the message of Pittsburgh’s history,” says Schalcosky. “There’s something magical in the air of Pittsburgh. There’s so much innovation that has come out of Pittsburgh, it’s mind-boggling.”