There are new ways to give in Pittsburgh this holiday season, and they look fun. 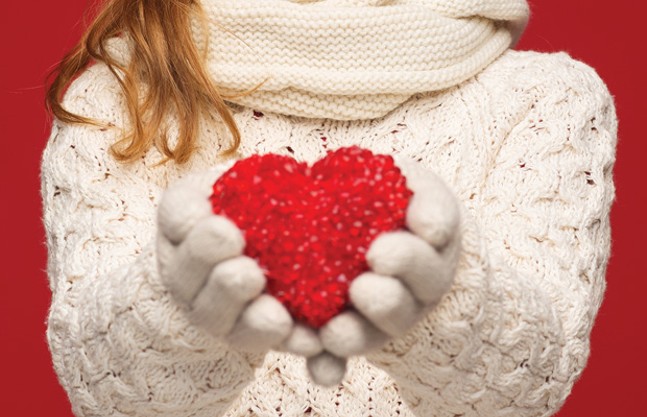 Pittsburgh's holiday season is steeped in tradition. Whether it's Light Up Night or eating pork and sauerkraut on New Year’s, Pittsburghers love to stick to their routines during winter celebrations.

Holiday giving is no different in the region, with many long-standing charities leading the charge to provide for the needy.

But Pittsburgh is changing and so are some of the ways Pittsburghers give. Food kitchens are still filled with volunteers, and coat-drive boxes still occupy schools and workplaces, but there are new ways for Pittsburghers to be philanthropic. And they are all about having fun.

One highlight is the 12 Bars of Charity, a national organization that is making its Pittsburgh debut this December. The group organizes bar crawls to raise money for local charities and has events in St. Louis, Denver, San Diego, Indianapolis, and other cities.  Since 2012, 12 Bars has raised more than $350,000 and netted about 30,000 participants.

Bobby Conn, president of One80 Entertainment, which runs 12 Bars, says the goal of the crawls is to get as many people signed up as possible, and providing a “fun, interactive” event helps bring in numbers.

“It is a great way for people to give back and get involved with a charity that is near and dear to their heart without having to break the bank,” says Conn. “The charities not only benefit from the fundraising opportunity of presents, but it allows them to connect with people in a casual style, low-entry price point event.”

For around $30, participants get a sweatshirt, access to drink specials at participating bars, and free rides on a shuttle between bars. (Participating establishments are announced in November.) Bar crawlers donate $10 of participation price to the charity of their choice.

While Fred Rogers is an iconic figure in Pittsburgh, his profile around the country is shining particularly bright at the moment. Tom Hanks recently filmed a Rogers biopic in Pittsburgh, and the documentary Won’t You Be My Neighbor? received widespread praise. Google even recently created a Mr. Rogers Google Doodle.

Commemorating the 50th Anniversary of Mister Rogers’ Neighborhood, party goers can visit the studio where it all started. People are encouraged to wear cardigans and sneakers. Mister Rogers-themed music will be played, and retro-snacks will be served.