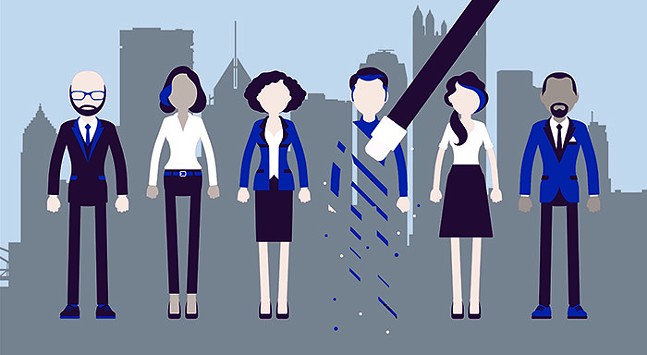 On Thu., March 26, the U.S. Census Bureau released its latest population estimates, and the Pittsburgh region has once again reported a loss of population.

The Pittsburgh Metropolitan Statistical Area (MSA) which encompasses Allegheny, Armstrong, Beaver, Butler, Fayette, Washington, and Westmoreland counties, is estimated to have declined by 5,053 people between July 2018 and July 2019. This is the seventh year in a row that estimates have shown the Pittsburgh region losing population.

Estimates from July 2019 show the regional population at 2,317,600. Among the country’s 40 largest MSAs, Pittsburgh is one of seven to have experienced a population decline — others include Cleveland, Chicago, Detroit, Los Angeles, New York, and San Jose.

The University of Pittsburgh’s Center for Social and Urban Research reports that Pittsburgh’s decline is “primarily the result of ongoing natural population decline,” which stems from a higher number of deaths than births each year, along with “population loss due to domestic migration.”

Allegheny has 1,216,045 residents as of the 2019 estimate, and lost 1,236 people. The region’s largest county would have lost thousands of additional residents, had it not been for the increase in international migration. For years, immigrants have been helping to stem Pittsburgh’s population decline, even though the region's international migration is very modest compared to national numbers.

The report also notes that all counties in Pittsburgh's MSA have undergone a natural population decline; Pittsburgh is the one of the oldest metro areas in the entire country.

Butler County is the only county in the region to grow, but it only did so by 215 residents. This was mostly because of a positive domestic migration of 431 people. (Domestic migration is when people already living in the U.S. move to another part of the country.)

Older census reports also show the region’s population has been declining for years. Allegheny County’s population in July 2018 was recorded at 1,218,452, down 2,204 from 2017’s figures.

Pittsburgh itself has received mixed attention; in 2019, it was named the third most livable city in the United States and the 34th in the world, according to an annual report from the Economist Intelligence Unit. Another report released the same year by the city’s Gender Equity Commission, however, named the Steel City as the least livable for Black women, and a 2020 study found that Pennsylvania leads the nation in premature deaths caused by air pollution.