Photo: Courtesy of The Andy Warhol Museum
Paola Pivi: I Want It All at The Andy Warhol Museum
Spring is here, and with it, the promise of new art exhibits at various galleries and museums throughout Pittsburgh. From unseen works by a celebrated photographer, to the return of a major international fiber arts showcase, the city will have plenty of interesting shows to see this season.

Pop-Aganda: Revolution & Iconography at Mattress Factory
505 Jacksonia St., North Side. mattress.org
Opening in AprilThe Mattress Factory will present an exhibition of new site-specific works as part of the fourth iteration of director, founder, and curator Tavia La Follette’s ongoing Sites of Passage series, described as a “global interchange for the migration of ideas across political and cultural borders.”

Drawn Together: A Coming of Middle Age Story in 62 Portraits at UnSmoke Systems Artspace
1137 Braddock Ave, Braddock. unsmokeartspace.com
April 2-24Two female Pittsburgh artists, Kirsten Ervin and Suzanne Werder, drew each other every day over the course of January 2022. The resulting portraits will be on display at UnSmoke for a show described as an “intimate investigation into the artists’ everyday lives, and the nuances and slight changes in each person over time.” Ervin, who is 54, says the process “became a confrontation of who I am now, and a self-acceptance of myself as I age,” while Werder, who is 44, says the experience “offered an opportunity to be unmasked without shame or embarrassment” in regards to her changing body. The drawings also promise to depict “two sets of experiences common to the pandemic: fleeting moments of togetherness and social isolation.”


Now You See Me at Pittsburgh Botanic Garden799 Pinkerton Run Road, Oakdale. pittsburghbotanicgarden.orgApril 8-June 25See a new solo exhibition from Pittsburgh artist Ashley Cecil. In an Instagram post, Cecil, who describes her practice as “specializing in paintings and sculptural works of flora and fauna,” says this is the first time she has shown a collection of work from all of her “residencies in nature and science in one space.”

Photo: Courtesy of here
“Other Ways to Catch Fish” (detail) by Rebecca Rau at here
Rebecca Rau at here
527 N. Taylor Ave., North Side. gallery-here.com
April 22-May 28The here gallery in Pittsburgh presents a selection of work by New York-based artist, Rebecca Rau, described as being “most interested in how the Bible, ancient mythology, and fairytales shape our understanding of the world.” Her most recent body of work “explores Judeo-Christian narratives, as well as the body as they inhabit a symbolic dream-world.” 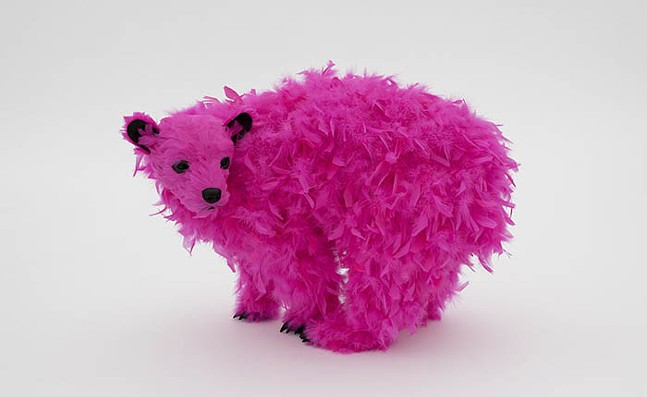 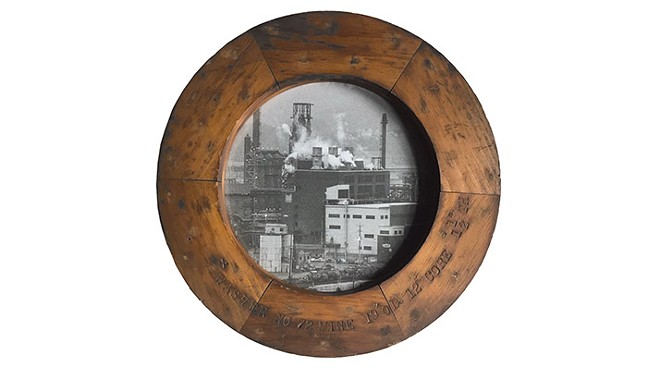 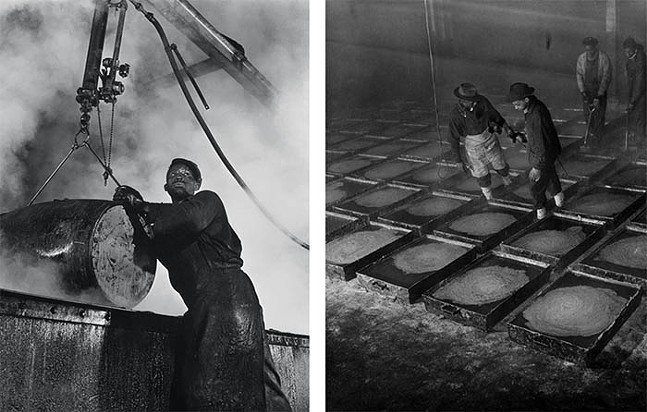 Romare Bearden: Artist as Activist and Visionary at The Frick Art Museum
7227 Reynolds St., Point Breeze. thefrickpittsburgh.org
April 30-Sept. 18The Frick Art Museum will present a selection of work by celebrated Black American painter Romare Bearden. According to The Frick, Bearden spent portions of his youth with his grandparents in Pittsburgh, graduating from Peabody High School in 1929. The show promises to present a “diverse collection of original collages, watercolors, limited edition prints, and archival materials,” and examine how Bearden “agitated for social change through the visual arts and print media.”

Fiberart International 2022 at Contemporary Craft and the Brew House Association
5645 Butler St., Lawrenceville. contemporarycraft.org and 711 South 21st St., South Side. brewhousearts.org
June 3-Aug. 20Fiberart International returns once again to challenge viewers and push the boundaries of a medium with works by artists from the United States and around the world. A press release says the event will “record the changing definition of textile art” and give the audience a chance to “experience works by a diverse group of artists who have been underrepresented in large institutions.” Now in its 24th year, the event is expected to draw more than 10,000 visitors from all over the world.

These Pittsburgh CSAs will fill your home with spring flowers