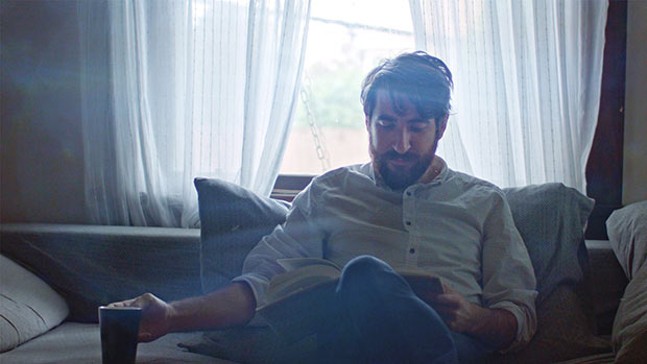 Photo courtesy of Luke Ewing
Carver, one of the interviewees

A refrain among some politicians is that “America is a Christian nation.” And according to a 2015 Pew research study of 35,000 Americans, there is some truth to this. In 2014, about 70.6 percent of those surveyed claimed Christian beliefs. However, this was a decline from 78.4 percent in 2007. The Pew study attributes some of this decline to the flight of millennials from organized Christianity.

Pittsburgh filmmakers Luke Ewing and Dan Winne can relate. Now in their early thirties, they’re former evangelical Christians who left (or exited, as they call it) the church. Ewing left the faith six years ago, and Winne left four years ago. Now they identify respectively as a skeptic and an agnostic.

Growing up, both men were steeped in evangelical culture. Ewing is the son of a missionary, and Winne is the son of a pastor. The two met at the Moody Bible Institute, in Chicago, and then both moved to Pittsburgh to start MothFx.

As both men began to doubt their faith, they became interested in the stories of others going through the same thing. “Us and a bunch of friends were going through a bunch of doubts and questions about our faith. In leaving, it was pretty traumatic with our families. They didn’t take it well. It just felt like these stories were interesting and different,” says Winne.

Both men enjoy the chance to connect with others over these stories. “You might be good friends with somebody and still not know all of the details of their experience, and may not have the opportunity to ask all the questions you would want to. This gives us an opportunity to ask those questions,” says Ewing.

For the past two-and-a-half years, Ewing and Winne worked on Exodus, intending to make a feature-length film. They did interviews with friends and neighbors who left their churches, as well as those who have doubts and have chosen to stay. “Recently, we realized we’re still a year or two out from getting this out as a feature film,” says Ewing.

So the pair decided to release five-minute cuts on YouTube every week to see if they could build a following. The segments feature a single interviewee discussing his or her experience in the church, and what changes in life have occurred since. Each person seeks to capture the cultural nuances that come when separating from a group. Thus far, all of the interviewees have been local to Pittsburgh and from Christian sects, including one Mormon, but Ewing and Winne plan to expand the geography of the project.

The interview clips are released every Thursday through April. Visit exodusdoc.com for more information.