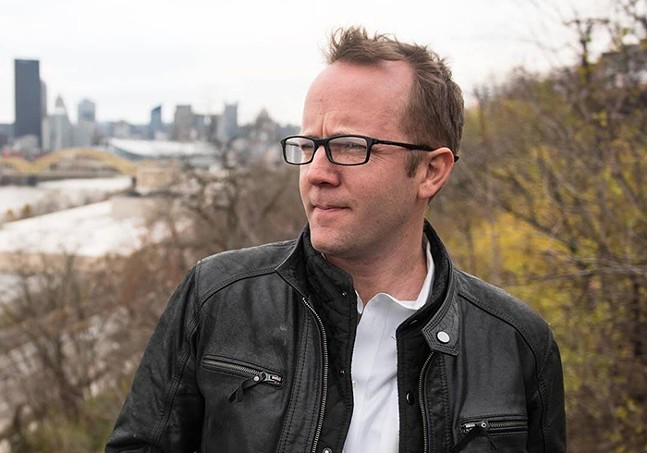 Miller, who formerly worked at the Wall Street Journal, is the co-director of Moundsville, a film about the city of the same name in West Virginia. He became intrigued while traveling there frequently for work and decided to dig deeper into the city’s history.

“What’s fascinating about Moundsville is that unusually for any American place, it has layers of history that go really far back,” Miller said. “Like the town is built around this 69-foot high Native American mound that’s over 2000 years old.”

Miller focused on Moundsville’s industrial past, such as how the city had the world’s biggest toy factory. Now, they have a Walmart, a hospital, and some craft stores on their Main Street.

“I wanted to help acknowledge people’s grief for the past and the closure of factories,” he said. “But also, in the movie, there’s a lot of people who are entrepreneurs doing new stuff. Like, there’s a back-to-the-land farmer. There’s tourism.”

Once completed, the film screened locally at places like the Carnegie Museum of Art, where it made its 2019 Pittsburgh premiere. In 2020, the National Educational Telecommunications Association acquired the film and got it to the PBS network, where it is now playing. 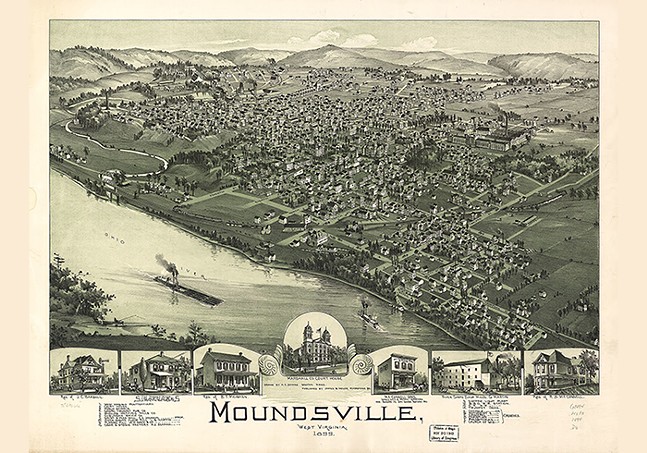 Image: Library of Congress
Map of Moundsville, West Virginia 1899
After researching the city, Miller and co-director David Bernabo decided to make a film about it. They got a $4,000 grant from the Pittsburgh Arts Council, used mostly equipment Bernabo already owned, and went ahead with the project. Miller gathered all of the content and did the interviews, while Bernabo handled the technical side with the camerawork, editing, and music.

“I wanted to focus on how people deal with change,” Miller said. “And I think that’s the hard thing for Americans right now, is how much technology and globalization has changed our lives. So the loss of the old-fashioned manufacturing jobs, the way in which technology lets us work anywhere.”

The loss of factories that once made the city rich forced residents to face the reality that it’s now a poorer place than it was a generation ago, according to Miller.

Miller and Bernabo filmed for a year in Moundsville, interviewing residents and learning on the job even more about the city.

“I was surprised by how thoughtful and sophisticated people were about their place in the world,” Miller said. “And I mean they’re angry about what’s happened to their town, but they understand it, and it fits into the bigger scheme.”

Miller says that the film had to be cut down to a 57-minute version for PBS, but that viewers can find the original 74-minute version on the website moundsville.org.

The film is available to watch at PBS.


Moundsville from David Bernabo on Vimeo.