There can be sustainability in art and fashion.” 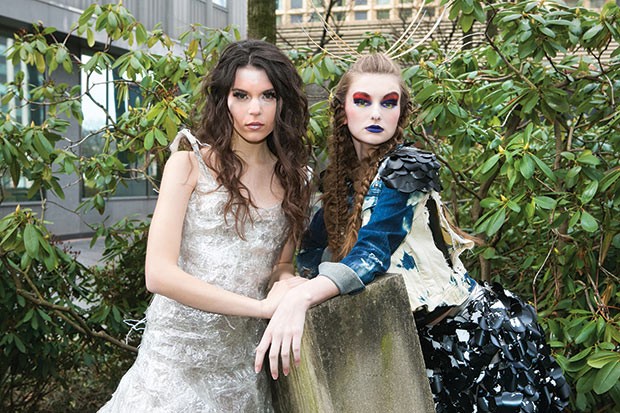 According to a recently released report by the American Council for Energy Efficient Economy, Pittsburgh and the state as a whole still have some of the poorest air quality in the country. But despite current pollution levels, previous characterizations of the city as a toxic hub, complete with a smog-covered skyline, are increasingly becoming a thing of the past.

Pittsburgh businesses regularly win awards for sustainability. And city government has enacted a number of green initiatives committed to improving the environment.

Among them is the upcoming Pittsburgh Earth Day, three days of environmentally-focused events that celebrate sustainability efforts in the city. The annual event kicks off with the Ecolution Fashion Show on Thu., April 19.

“It’s one of the most exciting fashion shows that we do in the city because they’re using their creativity, using recycled materials and sustainable materials to create these costumes that are very unique,” says Ronda Zegarelli, president of Acrobatique Creative, the agency that works with the city to organize Pittsburgh Earth Day.

For the fourth year in a row, Richard Parsakian, owner of vintage clothing store Eons Fashion Antique, will serve as curator of the show. This year’s theme is “Forces of Nature: That Which We Cannot Control Will Move Us.”

“The reason we decided to do a fashion show is we wanted something showing that sustainability can live in different ways,” Zegarelli says. “It’s not just about LEED certified buildings. It’s also about fashion. There can be sustainability in art and fashion.”

As part of the eco-inspired show, designers use recycled fabrics and repurposed materials to construct clothing and accessories. Past materials have include repurposed neckties, floppy discs, soda can tabs, film strips, paper towel tubes and plastic six pack holders.

“They actually use recycled materials or they repurpose material to make costumes. It’s stunning,” Zegarelli says. “One year we had a bubble-wrap costume created. One time we had a dress made out of coffee filters. One time, we had a designer use bottle caps. They’re just exquisite costumes.”

The evening will begin with a spoken-word performance by Vanessa German, and will also include special performances by Miss Thea Trix, Weylin Gomez and Texture Contemporary Ballet.

“This must-see fashion show is an eclectic mix of Pittsburgh artists working together to continue the awareness and practice of sustainability. Izzazu is pleased to be a part of this important annual event,” says Emilio Cornacchione, one of the principals of Izzazu.

“What we try to do with all the events we curate for Pittsburgh Earth Day is there are a number of different ways that you can be sustainable,” Zegarelli says. “That’s really why we decided to start Ecolution — to come up with something that might be more relatable. This is something where we can get people excited in a different way about sustainability.”

Pittsburgh Earth Day: From Steel to Sustainable is a citywide celebration of advancements made in sustainability, technology, and innovation in various sectors of people’s everyday lives. The series of events takes place April 18-21.

After 25 years, Pittsburgh’s most venerable drag pageant has one last show

The summer dance season begins with the PrideFest dance showcase 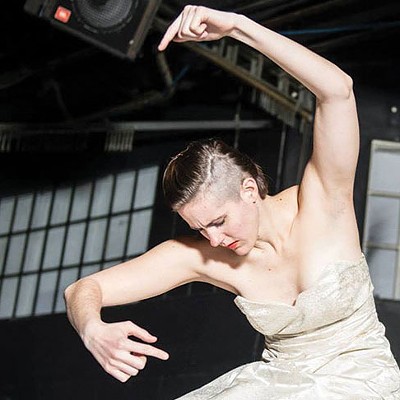