"These young dancers were dancing to express themselves, to exist, to survive." 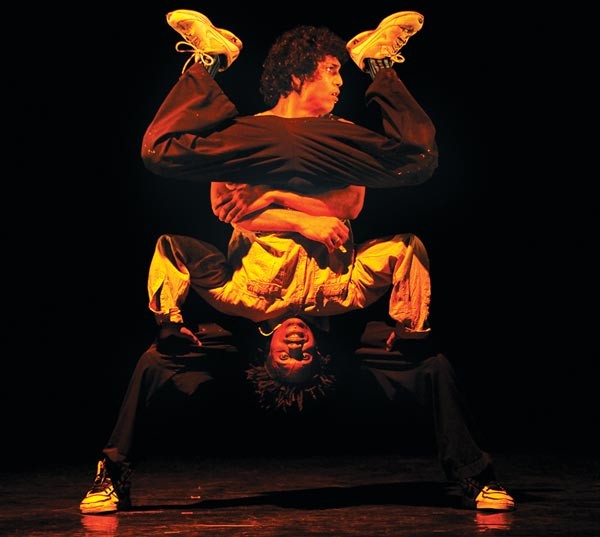 Perhaps there is no better illustration of dance's ability to cross socioeconomic lines than the two works on Compagnie Käfig's current 14-city U.S. tour. Based in Lyon, France, the troupe for this tour features an all-male cast of 11 street dancers from the Rio de Janeiro shanty towns known as favelas. They perform as part of Pittsburgh Dance Council's new season on Feb. 1, at Downtown's Byham Theater.

Mourad Merzouki, an award-winning choreographer and French Knight of the Legion of Honour, founded Compagnie Käfig in 1996. Since then, the company has garnered critical praise worldwide, and has performed to sold-out audiences in 650 cities.

In 2006, Merzouki was approached by Guy Darmet, former director of the Maison de la Danse in Lyon, to create a work for a group of Brazilian street dancers Darmet had been following.

"These young dancers were dancing to express themselves, to exist, to survive," says Merzouki via email. "The rhythm and the passion are really present within them."

The work they created was 2008's athletic and acrobatic "Agwa." The first of the two works the dancers will perform in Pittsburgh, "Agwa" explores universal themes surrounding the importance of water.

Merzouki says he used the dancers' existing movement vocabulary of hip hop, capoeira and samba dance as a starting point, and then combined it with additional choreographic elements.

"For them, it is a very special experience because it totally changed their approach to dance," Merzouki says. "As they were initially dancing in the streets, they now became real professional dancers."

Fascinated by the results, Merzouki has made the dancers a recurring part of Compagnie Käfig. The success of "Agwa" then spawned the program's other work, 2010's "Correria" (running), which symbolizes the frantic speed of modern-day life. Says Merzouki: "The work plunges us into a hectic race just like the one that governs our daily lives."

Both 30-minute works are set to a music mix, arranged by French hip-hop artist AS'N, which includes samba and bossa nova rhythms.

For the 11 street dancers plucked from relative obscurity, Merzouki says the experience of being a part of his company and touring the world has been "like a fairy tale." And on Saturday, Pittsburgh gets to witness the story's ongoing happy ending.