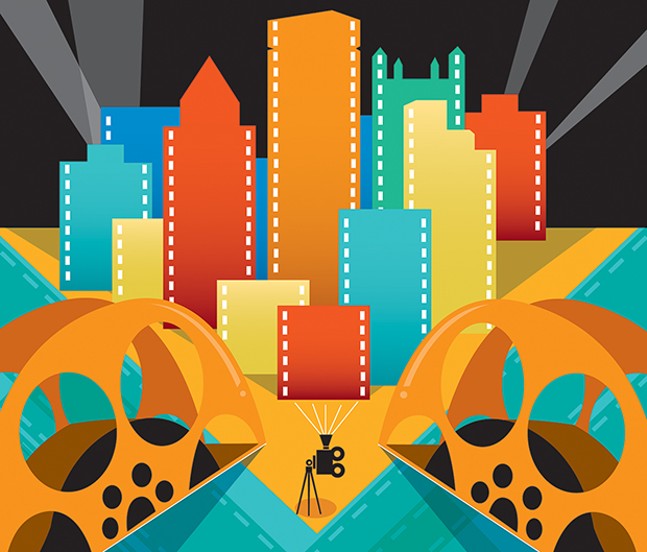 Downtown was once home to a handful movie theaters, or "movie palaces," built in the early to mid 20th Century. Stanley, Warner and Fulton were a few notable names. Stanley is now the Benedum; Fulton is the Byham; Warner became a shopping mall. Only Harris Theater, on Liberty avenue, remains. The Pittsburgh Cultural Trust would like to give it some company.

The Trust has raised $8 million of the projected $11 million required to begin work on a new multiplex cinema in the former Bally’s Sports Club, next to the Renaissance Hotel on Sixth Street.

This envisioning of a first-run movie theater began about four years ago, said J. Kevin McMahon, the Trust’s president. The building that housed Bally’s was the home for decades of Gateway Theater, and before that the J.P. Harris Theater and the Alvin. The cinema permanently closed in 1980, as suburban multiplexes became fashionable.

Keeping it local, the Trust is working with North Shore-based WTW Architects on plans to fit up to six screens, a bar and restaurant in the proposed new cinema. McMahon estimated the significant repurposing of the building would should take between 18-24 months, though the project could exceed two years.

“When you repurpose a building, sometimes you take a wall down and discover things that you didn’t know were there,” McMahon said. “We’ve redone a lot of older buildings in the Cultural District, and inevitably, there’s always a surprise or two.”

“There’s nothing wrong with having popular entertainment forms in the Cultural District,” McMahon said.

“Sometimes people think of culture as high arts and not for everyone. We’ve been working very hard for a couple of decades now to open the doors as wide as possible to eliminate, as much as we can, the stereotype of high arts, low arts. We see all of those things blending together.”

A $750,000 state redevelopment assistance capital grant kicked the cinema project into high gear as the Trust narrowed its list of potential operators. (All have connections to Pittsburgh.) A decision has not yet been made.

One potential client is Rick Stern, owner of Squirrel Hill’s historic Manor Theatre. The building holds sentimental value; Stern’s family once owned the Gateway and several other Downtown movie theaters. The Trust discussed the project with Stern in June.

“As a young man, I actually worked in the theater and helped my father run his theater circuit and book theaters,” Stern said. “I’ve been in the business over 40 years. It’s kind of in my blood, so to speak.”

Another option is Mark Cuban’s Landmark Theaters, which operates multiplexes in several major cities, including Philadelphia. A representative with Landmark Theaters confirmed a meeting with the Trust but offered no specifics on dates of discussions.

CP photo by Annie Brewer
Is this the location of a new multiplex cinema in Downtown?

A third possibility is the Strip District-based Theatre Historical Society of America (THSA), a national organization that also operates the Hollywood Theater in Dormont. Bow Tie Cinemas’ chief operating officer Joseph Masher is the board president of THSA.

Masher was included in meetings with the Trust, though Bow Tie Cinemas is not directly involved.

THSA president Richard Fosbrink said the organization laid out plans for a multipurpose facility. In addition to multiple movie screens, THSA would maintain space on the second floor to house its vast archives, curate museum exhibits and create educational programming for the public.

“I think that we could work together to make all of that happen in that particular space,” Fosbrink said. “The added bonus to this whole scenario is, because our members are all over the country and the world, we have a fundraising pool that isn’t just Pittsburgh-centric.”

Fosbrink was inspired to propose a live performance and restaurant space in the proposed theater’s basement — akin to Manhattan’s famous Feinstein’s/54 Below.

“Pittsburgh has a tremendous jazz scene and music scene, and there’s just not as many places to perform like there were even in the 1990s,” Fosbrink said by phone. “We thought that would be a really interesting thing to put into the lower level of the building.”

The Trust and THSA have not discussed the project since last December. Still, McMahon said he remains optimistic about the project.

“We’re really looking to make this a world-class facility,” McMahon said. “Certainly, it’s filling a need for the Downtown neighborhood.”