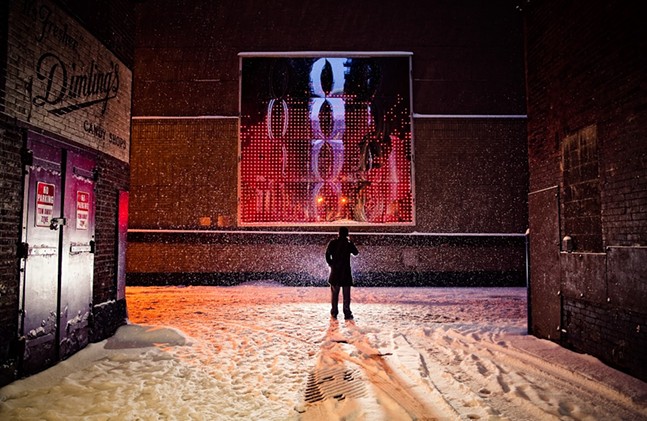 The campaign, called Art Connects Us, is seeking financial support after five months of canceled events has left the Trust in a dire situation. The Trust presents a significant amount of programming and oversees Downtown theaters and galleries. This includes the loss of huge in-person draws like the annual Dollar Bank Three Rivers Arts Festival, the EQT Children's Theater Festival, and thousands of live performances.

“It is no secret that the COVID-19 pandemic has devastated the arts and culture community, and the Trust is not immune,” says Trust Director of PR and Communications Robin Elrod.

Elrod estimates that more than 4,000 events have already been canceled this year, and the upcoming fall season shows no sign of improving. She points out that this creates a ripple effect that goes beyond the venues, artists, and performers supported by Trust events. “Not only have more than a million patrons missed out on the opportunity to gather to share arts experiences, but Downtown restaurants, bars, hotels, and retailers have suffered great losses as well due to [the] missed economic impact of Cultural Trust events and presentations.” 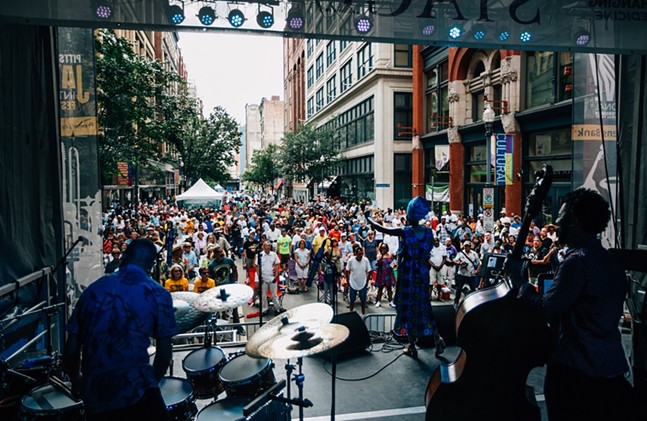 Photo by Joey Kennedy/Courtesy of the Pittsburgh Cultural Trust
2017 Pittsburgh JazzLive International Festival
In a press release, Trust vice president of development, Nick Gigante, says that in April the organization identified a $6 million shortfall in its budget for the 2020 fiscal year. While Gigante says the Trust has “already made great progress toward closing this gap through generous contributions from key stakeholders,” a $3 million shortfall remains.

“By the end of the year, we plan to raise the remainder of these funds in order to ensure that the arts will once again thrive in the Cultural District when it is safe to gather again,” says Gigante.

With the campaign, the Trust hopes to raise the first $100,000 by Aug. 31. Donations will also be matched by a $50,000 challenge pool from Trust Circles and Partners board members.

So far, the Trust website shows that Art Connects Us has raised $54,535.

The Trust will also present a one-night-only virtual fundraiser on Sept. 10 called To the World We Dream About. Sponsored by PNC, the evening promises to feature “virtual lounges for conversations with Cultural Trust leadership and fellow attendees,” as well as an exclusive performance by André De Shields and Eva Noblezada of the Tony Award-winning musical Hadestown, which is among the shows planned for the Trust's 2020-2021 PNC Broadway season.

“It is our promise to our city that when it is safe to do so, the Trust will be ready to reopen our venues and welcome guests back to the Cultural District,” says Gigante. “Together we will reconnect for shared arts experiences that we have grown to love and that have become the fabric of our arts community."