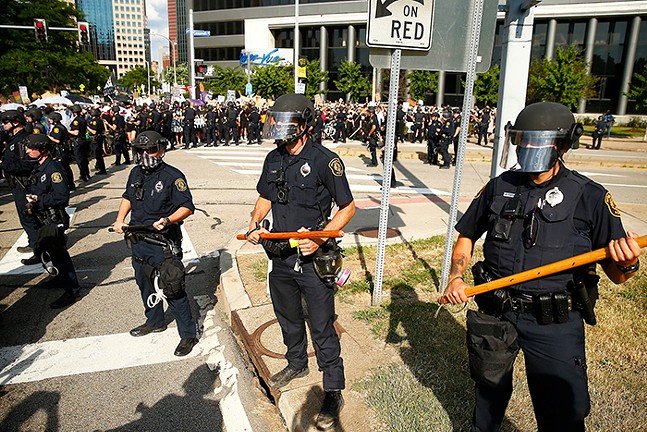 One officer racked up a staggering 57 complaints, and is no longer on the force, according to Pittsburgh Controller Michael Lamb.


Notable chart from @PGHController audit of the city's police review board. Over 100 officers were the subject of 5 or more complaints in the 2010s. One had *57* complaints before being let go. This is common dynamic, where small # of cops have big share of complaints pic.twitter.com/TqymRN2Y4K

The audit showcases that Pittsburgh is similar to many American cities, in that a small number of officers tend to receive an outsize share of complaints and infractions. For example, controversial former Pittsburgh Police officer Paul Abel received more than dozen complaints during his tenure.

According to WESA, arrests have also declined significantly since 2014, when yearly arrests averaged about 15,000. In 2019, Pittsburgh Police made 9,500 arrests.

Overall, Lamb says that the city is “well served” by the Citizen Police Review Board, according to WESA. In his audit, Lamb added that the CPRB could use additional funds to conduct outreach, and also faces barriers like Act 111, a state law that limits the CPRB from disciplining officers.

“The act limits the ability of the City and the CPRB to terminate officers who may pose a threat to public safety,” reads the audit. “For the CPRB’s disciplinary determinations to become binding on the Police Bureau, action by the state legislature to amend Act 111 is needed.”

However, Lamb recommended steps that wouldn’t require the state legislature to act and could be solved within City Council. He wrote that council should alter the appointment process for CPRB members “in favor of community representation outside of the political appointment process,” and suggested Pittsburgh follow other cities’ lead and grant nominating authority “civic organizations that have a history of community engagement and legal expertise,” like the NAACP or League of Women Voters.

Lamb also recommended that city council and the city’s administration commit to more transparency among contract negotiations with the police union, and codify language to ensure that CPRB investigators always have access to police body-worn and dashboard camera footage, adding that the police bureau has been generally cooperative in turning over video footage so far.