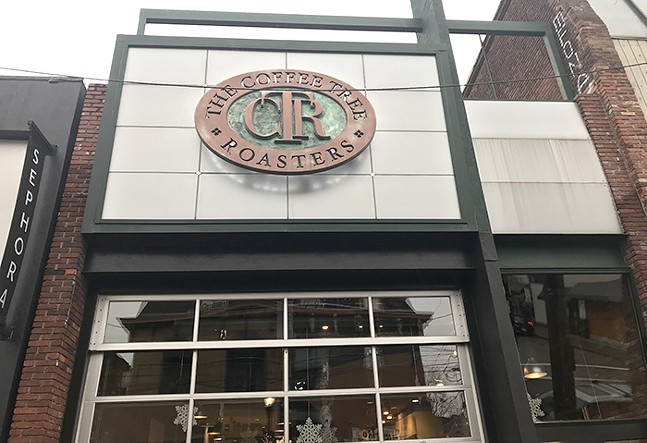 The next day, a worker at the coffee shop in Squirrel Hill was fired after appearing in a video in support of the unionization effort, according to a press release from UFCW.

Liam Tinker, the worker at the Squirrel Hill Coffee Tree Roasters location, said in a release that he was fired in retaliation because he voiced his support for the union.

“It’s disheartening to see such immediate and severe retribution against me and the Coffee Tree Union, but retaliation will just strengthen our resolve,” said Tinker. “This is yet another example of why we are forming a union to fight for job security, better working conditions, and respect from company ownership.”

A request for comment to Coffee Tree Roasters management was not immediately returned.

UFCW Local 1776 said it has filed charges of Unfair Labor Practice with the National Labor Relations Board. Under the NLRB Act, workers cannot be fired, disciplined, demoted, or penalized for labor organizing.


BREAKING: Our coworker Liam was fired in retaliation for supporting the union the day after our video announcing our decision to unionize for a #BetterCoffeeTree

Wendell Young IV, president of UFCW Local 177, says that, over the summer, baristas at Coffee Tree Roasters have started conversations with the union about wage transparency, electronic tips, and COVID-19 safety measures. He added that, over the last six months, conversations with baristas from all five Coffee Tree Roasters locations have continued and evolved into a desire to form a union and negotiate a collective bargaining agreement.

Young said he is confident in the workers’ ability to secure a fair contract and form a union.

“While we’re very disappointed that Coffee Tree management has decided to attack their workers instead of working with them to bargain, we know that these workers have the courage to stand up against bullying and retaliation,” said Young.

The baristas' effort to form a union has attracted some high-profile support, including a message from Pennsylvania Lt. Gov. John Fetterman (D-Braddock).

"Extending my full solidarity to Coffee Tree Roasters workers here in PGH, who should be allowed to unionize," tweeted Fetterman on Dec. 28. "All workers deserve a union. Period."

Over the past few years, food service and retail workers have been organizing and participating in labor actions with varying degrees of success. Wages have been rising across the food service and retail sectors as employers have struggled to retain and attract workers, and some workers have even walked off of the job over poor treatment and short staffing. Some coffee shops have closed up permanently after workers participated in labor activity, including Amazing Cafe in 2017 and the Millvale Tazza D’Oro location in 2019.

Jordy Vargas, a barista at the Shadyside Coffee Tree Roasters, says that workers are inspired to form a union so they can continue to serve customers.

“Despite the hardships of the COVID-19 pandemic, the joy that we have brought to the customers at Coffee Tree has inspired us to continue working harder,” says Vargas. “We would like the company to recognize that through fair compensation and benefits so that we have the resources to continue giving back to our community.”