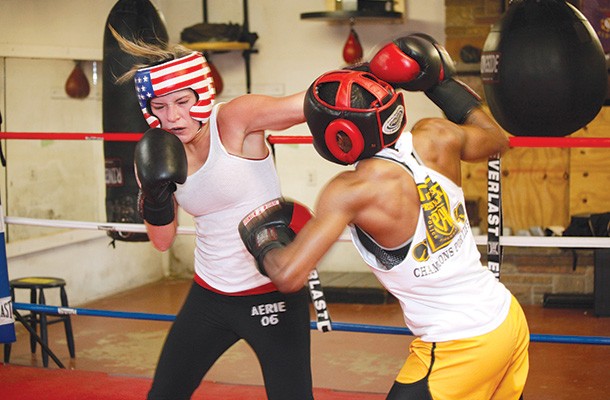 I love sports. That’s no secret to anyone.

If there’s been a sports story in this paper since I joined the staff in 2005, there’s a good chance that I wrote it. [Editor’s note: I have not written every sports story since 2005, so there’s no reason to comb our archives to prove me wrong. Although web hits are awesome, so please help yourself.]

I’ve long been a proponent of alt weeklies, like ourselves, covering sports. We try to be the alternative voice on every other subject; why not athletics? So starting next week, City Paper will launch a brand-new sports section.

I understand you might be skeptical of our ability to cover sports, but the truth is we’ve been doing it for years, just not on a consistent basis. Here are some examples of what we’ve done over the years:

In 2010, we produced a 5,000-word cover article about how lawyers and doctors in Pittsburgh were working with the WWE (World Wrestling Entertainment) to strengthen its health-and-wellness policy on the heels of a rash of pro-wrestler deaths. Not everyone thought the organization was doing enough to protect the athletes from head injuries, especially from CTE, the now-well-known brain disorder found in scores of athletes who died young. One who did was Dr. Bennet Omalu. Long before Will Smith played him on the big screen, Omalu told City Paper not enough was being done in professional sports to diagnose and prevent head injuries.

Also in 2010, we wrote about the glut of mixed-martial-arts gyms in the city and how, despite the dangers of the sport, there was no state regulation of trainers and gym owners. “Anybody can open a gym and do what they want — and they do,” MMA fighter and trainer Jimmy Cerra told CP.

In 2013, when the Pirates made it to the postseason for the first time in two decades, we decided to focus on players who played on some of the worst Pirates teams in history. One of those was a former pitcher named Chris Peters, who was by then managing a handful of Downtown parking lots. Two years later, the Pirates hired him to be their left-handed batting-practice pitcher.

With our new sports section, you’ll get stories like this and many more. And you won’t find our coverage just in the print issue. We plan to offer many online-only sports features and columns at www.pghcitypaper.com. The first change you’ll notice is that the sports page will be the new home of one of my favorite weekly features: “Cheap Seats,” by Mike Wysocki. Mike is off this week, but he’ll be back next week with his unique look at local sports. Over the past year, Mike’s pieces have covered local sports that you might not hear about otherwise.

And that’s the tone we’re going for in the new section. Let’s face it, you’re not coming here for sports scores and in-depth analysis on last night’s game (although we have plenty of opinions, if you wanna stop by some time). We want to cover sports and stories that might not be told otherwise.

Not that you won’t get a fair amount of features on the Steelers, Pirates and Penguins throughout the year, but we mainly want to focus on teams like the Pittsburgh Passion, the Riverhounds, the Thunderbirds, Steel City Roller Derby, professional wrestling, boxing, MMA and the scores of other teams and sports we don’t know about yet.

We also want to write about neighborhood rivalries and competition. Do the two Little League teams in your neighborhood play a heated game every year? Is the 12-year-old girl on your daughter’s fast-pitch team on a 50-game hitting streak? Has your bowling league been around since the Roosevelt administration? These are the types of things we want to share, but we need you to tell us about them by emailing at info@pghcitypaper.com or by giving me a call at 412-316-3342, x. 166.